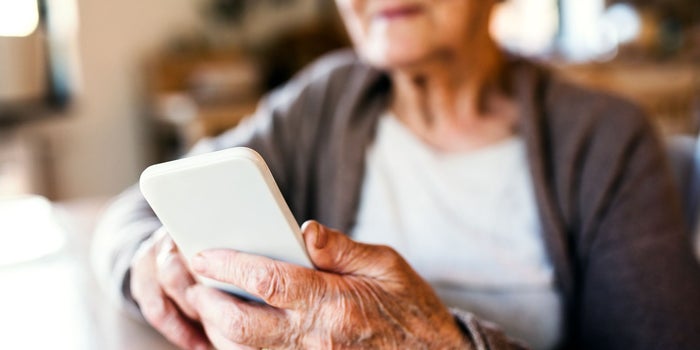 “We see a lot of headlines about how our population is aging, but we don’t see what businesses are doing about it.”

By 2035, for the first time in American history, people aged 65 and older will outnumber those 18 and younger, and it’s time for entrepreneurs to take note. As someone who has worked in innovation in the senior space, for AARP and elsewhere, I can offer some predictions for what I see as the path forward, and what entrepreneurs — of any age — can do about it.

Entrepreneurs make the mistake of thinking that all seniors are the same. How often do we see marketing material featuring little old ladies wearing straw hats, smiling meekly from the comfort of their gardens? Those stock photos are rampant because no one is taking the time to understand the phases of aging, nor are they recognizing that seniors are just as diverse as the rest of the population.

We’ve entered a time that I call the New Life Curve, where longevity has increased to the point that our generative years have extended by up to 30 years. That’s a long time! As health improves, adults 55 and up are working longer and have considerable more buying power than millennials, but many simply haven’t gotten the hint.

You can’t look only at age, though; you also have to look at “healthspan,” meaning how long we stay healthy. When I spent time in seniors’ homes for a client in the senior living industry, I saw a vast range of abilities. There was a man in his 50s who struggled with memory to the extent that he could no longer work or be on his own. But there was also a woman in her 80s who was chopping firewood in her backyard.

These diverse illustrations of aging should come as no surprise to anyone with senior parents or grandparents, but when people go about creating products and services for seniors, they often decide that one size fits all.

The only brand I’ve seen that breaks through is Viagra. Men and women in those ads are younger, more stylish. They’re enjoying life, they’re dancing, they’re out and about  — much like the seniors I have gotten to know through my work.

As I said in a book I co-authored earlier this year, you have to get curious about your audience, to do rapid research. Pilot your product. Start small and keep iterating. But if you think all seniors are identical, you’ve already lost.

While the Silent Generation isn’t known for its use of smartphones, the majority of boomers are tech friendly. According to this study from the Pew Research Center, 67 percent of boomers own smartphones, 52 percent own tablets and 57 percent use social media. Although millennials make up the bulk of Facebook users, there are still 26.5 million who are 55 to 64 years old, and 21.1 million who are 65 and above. These numbers are far from negligible.

One of the senior products I worked on, in fact, utilized tablets and smartphones. At the outset, advisors told us that seniors would never use a tablet, but experience showed otherwise. While some in our pilot study opted to use their desktop instead, plenty of our study group were delighted to have a tablet in their hands. A caregiver showed them how to use it, but they got the hang of it pretty quickly. One woman told me it was easier to use her tablet than her computer or phone!

So, don’t think seniors can’t do tech whatsoever, or that tech for seniors means gigantic buttons and a dumbed-down experience. When it comes to wearable technology, make something anyone would want to show off to their friends. No one wants a huge pendant around his or her neck announcing to the world, “I’m old!” If you’re designing for fall detection, make your product stylish. The Apple Watch Series 4 has FDA clearance to monitor health and detect falls, and while no product is perfect, this shouldn’t be the only one in the field.

It’s time for competitors to catch up. My only caveat? Design with accessibility in mind. That’s simply good UX.

According to a survey conducted by AARP, the vast majority of seniors (91 percent in that particular study) use technology to stay connected to friends and family. We also know that aging in place, i.e., not moving to an assisted living facility, is something that nine of out ten seniors are planning on, which means that concerns about loneliness are on the rise. Why? Staying at home can mean coming into contact with fewer people than in a retirement community.

And it’s not only retirement we should be thinking about. With divorce on the rise for adults 50 and older, isolation can be an issue long before someone retires. So, we need products and services that draw people in and use the power of digital to open up lines of communication. Did you know that from 2013 to 2015, the use of online dating for those 55 to 64 years old doubled? That’s a pretty short time for such a major shift. Entrepreneurs, are you paying attention?

4. Don’t assume everyone is facing the same challenges.

You wouldn’t believe the number of conferences I attend where the so-called “innovation” for seniors is focused on canes and diapers. Yes, issues with mobility and incontinence can increase as we age, but they’re not the only issues we’ll face. And to reiterate my first point, “aging” is totally dependent on our individual state of health.

For example, look at surveillance. If you’re healthy and active in your 60s or 70s, having people suggest that you install cameras in your home would be offensive. But if you’re in your 90s, and susceptible to falls, cameras might be a comfort both for you and your family. Essentially, what’s appropriate to one part of the population is completely inappropriate for another; so you have to know whom you’re building for.

We are in the midst of a health craze, and it’s much more top of mind for today’s seniors than in previous generations. According to a study reported in Forbes, today’s boomers are more concerned with well-being, while the Silent Generation struggles less with obesity. In fact, obesity among boomers is getting less attention than it should even though it affects one in three. There’s so much that could be explored to help seniors with their weight and their well-being.

All of this points to the same conclusion: We’ve reached a stage where personalization is important no matter what the age of the consumer. For seniors, age is sometimes only a number. You have to understand their health state and their goals. Some in their 80s are looking to break world records in pole vaulting, and others are trying to make it to their next family vacation. What I’ve found is that it’s an exciting time to develop products and services that truly satisfy and delight today’s seniors — in all their complexity.