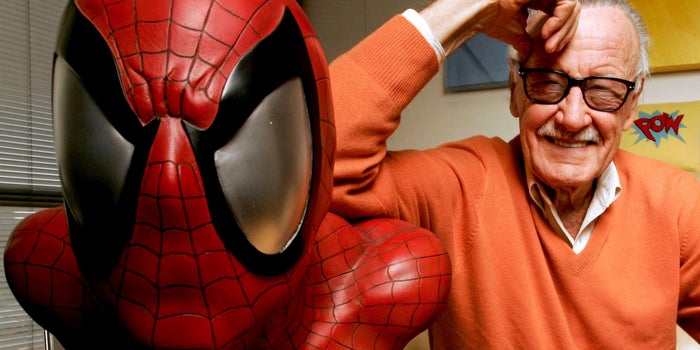 You might not be familiar with the late, great Stan Lee, but you’ve no doubt heard of Spider-Man, the Hulk or Wolverine.

To this day, the Marvel Universe continues to play a huge role in the entertainment industry. In fact, Marvel’s creations have only gotten more popular in recent years.

I count myself as a part of that fandom: I spent my teenage years poring over the panels of both Marvel and DC Comics, and while my attempts to create my own comics creations yielded only a diagnosis of painful carpal tunnel syndrome, the time I spent immersed in the medium still paid off in big ways.

Giving meaning to the masses

In a drastic departure from the lofty demigods inhabiting the universe of DC Comics, Lee made sure that his magic stemmed from the creation of characters who felt approachable and real.

Spider-Man, for instance, was a nerdy teenage photographer whose own ego ended up resulting in the death of his beloved uncle. And the X-Men were inspired by the struggles of Martin Luther King, Jr. and Malcolm X to achieve equal civil rights. Yet Lee still managed to make the topic relatable even to kids.

Lee’s characters succeeded because they achieved relevancy with readers, but he himself still faced significant challenges during his career. Specifically, he had difficulty being taken seriously in an industry that hadn’t yet earned the respect of other writers, and he admitted that in the early days he was embarrassed to be “just a comic-book writer.”

In addition, Lee and his co-creators lacked some of the business savvy necessary to navigate decisions regarding the rights, ownership and financial stake in the meteoric rise of the characters they invented.

Still, despite these obstacles, Lee achieved financial success and turned what many considered to be glorified children’s books into an art form — significant feats that hold important lessons for all kinds of modern entrepreneurs. Here are several quotes attributed to Lee that outline those lessons:

Frankly, this adage is probably one of the most important bits of wisdom available, right up there with the Golden Rule. As you move up the ladder in life and gain increasing influence, it’s important to look out for those around you.

For example, a designer who is promoted to creative director suddenly has more power, but he or she also has an increased responsibility to both the company and his/her subordinates.

Caring about the people around you is a mark of good leadership. CEOs in large corporations have enormous demands on their time, but the best of the best remember that their employees make the machine move. With Howard Schultz at the helm of Starbucks, the company prioritized extremely competitive benefits even for part-time employees, including tuition reimbursement and 401(k) plans that partially match employees’ contributions.

The lesson: When you live up to the great responsibilities you have as a business owner and leader, you’ll start to acquire the great power Lee talks about. It’s an equation that feeds itself.

2. “The greatest superpower is luck.”

Lee in no way downplayed the importance of hard work, but he tried to remind himself and others that it took more than a strong work ethic and talent to get ahead. Luck plays a huge role in success, but it’s easy for entrepreneurs to forget this lesson and wonder why they haven’t made it to the top.

With a net worth of almost $70 billion at just 33, Mark Zuckerberg is one of the most successful entrepreneurs in the world. While it would be easy for him to tout his own abilities as the special sauce that got him to where he is, he admits that there’s been a lot more to the story. “You don’t get to be successful like this just by being hard-working or having a good idea,” Zuckerberg has said. “You have to get lucky in today’s society in order for that to happen.”

Unless entrepreneurs recognize this fact, they run the risk of burning out and giving up too early.

It’s easy for passionate entrepreneurs to get caught up in The Dream. Whether they want to create an international powerhouse or take on Google, their goals mean little if they can’t build a product that people like enough to buy.

Lee recognized that his primary goal was to create an enjoyable product that was good enough to keep him employed and moving along. If you build a worthwhile product that resonates with your audience, you’ll achieve success over time.

Apple is a great example of a company that creates worthwhile products. The user-friendly interfaces on its devices early on demonstrated creative brilliance and immediately captivated an audience. While several key features have been adopted by many companies since, Apple made history by being the first, and it remains the largest tech company in the world by revenue.

In the same way he created so many compelling characters, Lee never took a passive approach to crafting his own brand. Even though other writers and artists like Jack Kirby and Steve Ditko were just as responsible for many of the Marvel creations, Lee’s ability to push his own narrative was the reason he was so often considered the deity of the Marvel Universe.

And while this talent was a frequent target of criticism, it was an ability shared by many of the titans of technology, like Steve Jobs and Elon Musk. As we entrepreneurs struggle to pursue our dreams, we’d be wise to remember that, in large part, we are the authors of our own destinies and the superheroes of our own stories. Excelsior!

Q Manning is CEO of Rocksauce Studios, which crafts custom mobile apps for all platforms.