I woke up early again which is a shocker but I need to get a sleep schedule going. My plan is to be in bed by 12am and up by 7:30 no matter what. I used to love this time frame in the past because it helped a lot with getting my writing done. The earlier I woke up, the sooner I got it done, the more time I could put into other things. Now it is different but I am confident that I can return to it.

Since I was up early I enjoyed 10 minutes of Dragon Ball Legends while I sat on the toilet listening to the water run for my morning brush. The game was being updated all day yesterday so I had a small withdrawal from not being able to play it. I literally play it every day without fail unless the game itself is not available. Crazy I know.

I left the house by 8:30am to take my nice long drive to the café. Along the way I made a stop at Dunkin’ Donuts for a muffin and coffee. It had been a long time since I ordered one.

Dunkin’ also did something cool. They celebrated National Coffee Day by giving out a free cup of coffee with every purchase of one. I did not take advantage of the free cup since I was only one person but I appreciate them for offering it. Good job guys!

I made it to the café 10 minutes early. Thankfully too because I needed to prep for the day. I did not think I would need much but I wanted to keep things fresh.

Then out of nowhere I had a camera delivered to me by the son of the lady I work with. She told me she was going to buy one but I did not think I was for the café. It is smart though. Monitoring her space provides an extra level of comfort with leaving the equipment in the market.

Since her son was with me we hung out for a few minutes until he took his walk back to the high school that is 10 minutes away. An arts festival was being held on the school grounds for the weekend. She was invited to participate. If I did not have to man the café I would have been there as well.

Throughout the day I was back and forth cooking and prepping. I actually needed more food than I originally thought. On top of that I had to leave the café twice to provide some aid. Once to drop off rice and peppers and the other to meet her son half way up the street with half a case of water.

Around 6:45pm she and her son showed up with a box of dishes. Yay, I get to do something I really hate. But I sucked it up because she still had shopping to do for tomorrow, day 2 of the event, and I do not do them often. I am pretty sure tomorrow will make 3 days in a row. I really give her credit for doing them every day. 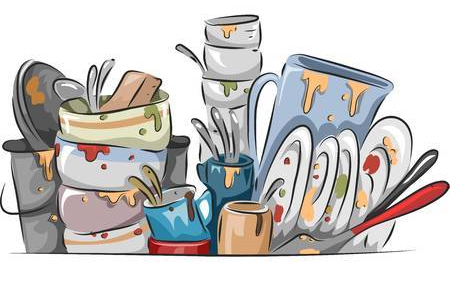 After finishing everything up I headed home a little after 9pm. It took longer than normal to clean up with the extra dishes. By 10:30 I was in the house taking a shower.

Before hitting the pillows, I wrote this.

I definitely need to lotion up more often. All of that soap and water does not do justice for my hands.