Last night I must have slept about 2 hours. I was up all night tossing and turning. I think the soda I had with my dinner was not a good idea so close to the time that I sleep. Normally I split a 16 ounce bottle between 2 days but I was greedy.

The good thing about being awake was that I was able to receive the drafts for the business logo. Four amazingly crafted previews to choose from at 2:30 in the morning. I was excited to talk about with my buddy from Texas but it was too late to express how I felt. So I left him a text message to check it out when he woke up.

After having 2 days off to rest up, which I really did bad at, I was back to work.

Since I left early I had some time to spare on stopping for breakfast. These past couple of mornings I have been desperately in the need for caffeine to keep me going. Making it to my normal half way stop, Dunkin’ Donuts, I ordered a pumpkin spice latte and raisin bagel with butter.

Back on route my buddy from Texas gave me a call so we could discuss the logo. Since I was driving I had him call me because texting was not the smart option. We liked 2 out of the 4 designs we were sent but there were revisions to be made on them before we agreed to keep any.

Well at least that was taken care of.

At the café I met with an electrician who was there to put up new lighting for the area. He had nice dangling lamps to hang over our counter area. Unfortunately he could not finish installing them because he needed to first assemble them and I was going to be opening soon. After he left with measurements I did what I had to and then sat down to have breakfast.

Throughout the day my Texas buddy and I were back and forth on Messenger. Look at this, lets change this, add this here. I think around 1pm we finalized our decisions on the logo and sent a request for the revisions. After that it was just basic ideas and what direction to move forward in. We are thinking of adopting a new line into the current one as a monthly or bi-monthly special that would last a week or so. Something to keep the crowd entertained with.

I also worked on a few posts for my blog. The next couple days I will be getting home late so I wanted to make sure things were scheduled accordingly. It really is a wonderful asset in the blogging realm.

By 6pm I was cleaning up. Once 7:30 came around I was completely done.

The ride home was a tough one. I wanted to fall asleep several times so I had to play a YouTube video to keep myself focused. The idea sounded great but it did not help much. But the random DashieGames yells did recenter me every time. 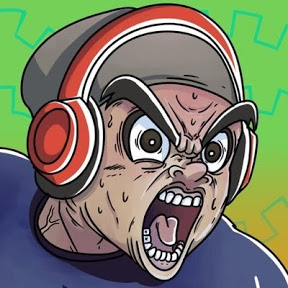 Finally home I played with my nephew before I hopped in the shower. Right before calling it a night I helped install a new stove in the house.