Learning from the past few days I set my alarm for an earlier time than normal. With kids back in school I now know the need to wake up 15 minutes earlier is important. With time I can sit in traffic worry free.

Just as I had planned I was ahead of schedule. Since I had the time to stop for breakfast I stopped at my usual Dunkin’ Donuts for a latte and apple fritter. The apple fritters they made last time was shaped like a small funnel cake. Today it was actually a closed up pastry. I seriously wonder if they have a set style or just do as they please. Like this Dunkin’ there are many other that make them differently. Interesting.

It was not as bad as I say.

My morning at the café was pretty busy. Not with business but with prep. I set up everything that I could while I waited for the lady I work with to bring me supplies. Yesterday I went through most of it and left myself nothing to work with this morning. Probably not the smartest move but I had no choice.

Just as I was getting ready to open up she arrived with a truck load of groceries. For a minute I did not think she would make it. I was certain I was going to have a delayed opening or sell what I could. Along with the groceries were bins of food ready to be served. This angle cooked before she got to me so I would not have to, allowing me to open up on time. The struggle of market vending when you run out of food.

An hour later I was left alone to tend to the café. For the first time, I was glad. I had a lot to do with the business and none of it should have been my focus.

I got carried away.

I started off by getting my blog set up. There were articles that I needed post which one of them was for the morning. Then I had to take a break so I could tend to the people at my counter. It was the faithful lunch rush that usually lasts from 12:30 – 2:30pm. But guess what happened? The food she had brought I ran through like flowing water.

The market is open an hour later, until 8pm, on Friday and Saturday so I had to make sure I had enough to go around. I needed to cook, a lot.

Juggling between customers, cooking, and keeping my space clean, left me with no time for anything else. I needed to work on the copyright clause for our logo but never did it. Instead, for some reason I have not thought of, I worked on the website. Yes it is important but getting the logo taken care of should have been priority. Writing this realization upsets me.

What also upset me was my lack of scheduling. I forgot to write down the Leadership School I attend every other month in my calendar. I missed it completely being reminded by mentor in the morning that it was today and tomorrow. Both days which I must work. I beat myself for this screw up. I hate not being there. I needed to be there, and yet I forgot about it. The disappointment I felt was almost sickening.

Tired from doing nothing.

By 9pm I was leaving. This is the latest I have left so far. Even the vendors who leave after me were walking out of the door asking me to lock up behind them. There was so much that needed to be done. At the end of the night cleaning the café may sometimes seem like an infinite task.

Hour and 10 minutes later I was home showering. Before getting in I threw a load of laundry in the washer machine. Tomorrow I will be on the truck at an oyster festival and needed clothes to work in. Laundry has not been a concern lately and looking around I really need to clean up. It’s starting to look like a college dorm again.

Too tired to do anything else I am not sure the clause will be written. Let’s see how the night goes. 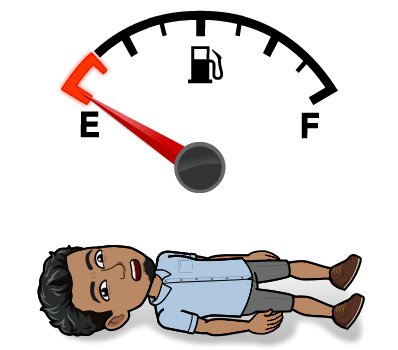 Bitmoji ME on E