After moving my car this morning, I laid in bed for 30 minutes as my body adjusted to comfort. Right as I was falling asleep, buzz buzz buzz, went my alarm. It was 8:30am and I need to get going. I had to be in Jersey City for work today.

Before leaving I sat down in front of my iPad to have a bowl of cereal and watch UnboxTherapy on YouTube. I have not seen an episode in a while it was great to catch up with Uncle Lew.

As I ate I thought about coffee. I did not want to go to the bakery today but I had another place in mind. ModCup. The place I used to get our coffee from all the time during the winter. It had been a while since I had a really, really good cup of black coffee.

The good things in life.

Leaving my house early I made it to JC by 10:10am. I had 20 minutes to kill before I had to meet the lady I work with. Even if I was late, if I had coffee, she would appreciate it.

At the ModCup mobile station I was able chat a bit with the worker. Man was it a long time. Too bad he was busy, I could not get into a serious conversation with him. I wanted to know how life was treating him and if he ever made to Disneyland for vacation. It was going to be his first time going there and I was curious to hear about his experience. Hopefully the next time we meet there will be more time to talk. 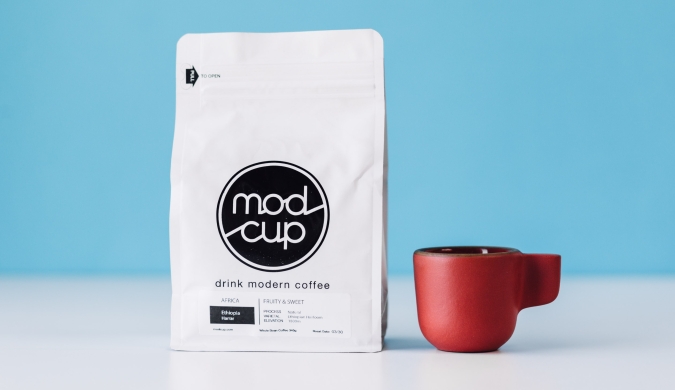 With the coffee in hand, I made it to the lady I work with right on time. She had just parked on a deserted street. I could see from my car she ready to set up and get going.

This morning was different. We were vending to the public, we thought about it, but we also had to prepare for a catering. It was a simple drop off delivery. Once we prepared the food all we had to do was drive it over and someone would meet us at the door to retrieve it.

Along the way to deliver it, at a red light, I had to jump in the back of her pick-up truck to fix a propane tank that tipped over when she hit the brakes. I carelessly forgot to strap it down with the rush of trying to leave. It scared the crap out of us. Not good for a full tank to topple over with full force. 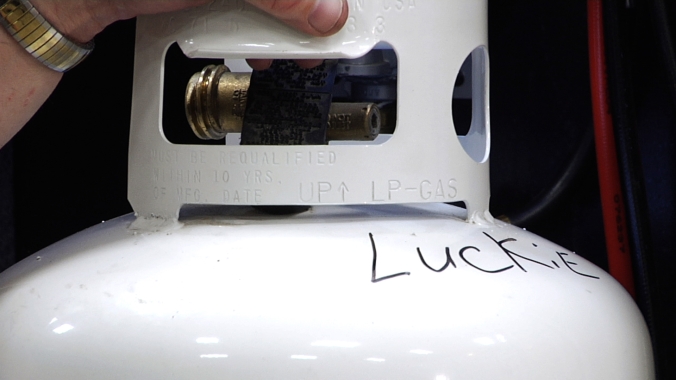 After making the delivery we had a lot of time to do whatever. We realized vending at 12:30pm where we were parked would not be profitable. So, we cleaned up and went out to eat.

For lunch we decided to stop by a friend’s restaurant. We had not seen him in a while and thought it would be nice pop by. Parking was a pain to find. I should have known it would be working in Jersey City for so many years. Thankfully after circling for a bit we were able to get a pretty good spot three blocks away. A short walk to get the blood flowing.

At the restaurant we were seated. Soon after the head honcho himself came over with a big warm smile to greet us. It was great to see him. Even better to hear about his expansion and upcoming goals.

Just as always, the food was great. But today there was not the best. We got his recipe, not his hands. The chef behind the counter slipped up. Food was not up to temperature and a bit on the cooler side. Same great taste except it is 100% better when hot. We ended up packing it to go.

Since the head honcho was in a meeting, the lady I work and I could not bring ourselves to interrupt him and possibly embarrass him. A private message maybe?

From there went on our marry way to the next location. We had a dinner shift to run.

I did not get carded this time.

About 40-something minutes later I arrived. I had gotten lost and then detoured surprisingly getting there first. What a zig-zaggy drive. Moments later the lady I work with pulled up.

After sitting in our cars for 15 minutes she hopped in mine. Costco trip! Since we had to wait for the mail person to move their vehicle out of our parking space we figured why not shop for the essentials. He had a long night ahead of us and log weekend still to go through. The best part, it was 8 minutes away.

A night of challenges.

Back at the building we were going to be vending, we parked our cars and set up. Costco was fun and quick. Just as quick was our night. It went nothing as expected. For our first time there, business was slow. We ended up closing right on time, 8:30pm, only to get right back to work. A flat tire. We knew the tire looked suspicious but as we went to leave I heard it hiss. As much as I wanted to ignore it, the sound was not a good sign. We needed to change it.

Since the tire is on a double axel trailer, I learned some new things this night.

On a coupe like mine the tires basically pop themselves on and off. Trailer tires require work. From lifting all the way to unbolting. By 9:45pm I was actually on the road home.

To treat myself for a ‘job well done’ I stopped at a McDonalds along the way and grabbed a vanilla milkshake with fries. Perfect combo.

By 10:30pm I was home. Straight to the basement to wash clothes so while I showered they washed. After putting them to dry I called my girlfriend to make up with her. Neglecting her has put me in the doghouse.

All is well now!