Should I work on a novel?

8:30am I rolled out of bed. Last night I barely slept because of a novel going on in my head. Every time I closed my eyes a space scene would appear. Family and friends were with me. Big explosions. I even think a Star Wars scene happened out of nowhere. No matter how hard I tried to change it or Zen out, the story would continue. It was torturous.

Since I was basically awake getting ready was a breeze. No sluggish movements or wishes not to get up. I even had breakfast before I left for work at 9:20.

I got to the site very earlier than I should have. To keep myself entertained I sat there and read a Money magazine. For 20 minutes I waited for the lady I work with to arrive. Noticing she was nowhere around I called her to find out where she was. Miscommunication. She thought we were meeting at 10:30am but that was not correct. She is still sick so I let it slide. Besides that this month’s issue of the magazine is really good. If I can find an article online I will post one.

Finally, together we get started our day. She was sluggish and eyes drained. Two cups of tea in hand. My oh my it had gotten worse.

Then I had to leave her right after setting up. We needed supplies and drinks from Costco. It was a 15 minute drive for four items. That was 30 minutes back and forth to including the time I needed to actually shop.

While there I made a weird discovery. I knew Costco sold everything but holy crap they sell mattresses to. Who knew?

I also discovered that they put faces on their membership cards for a reason. Security is tight. Unfortunately, my face did not match the card but because I really needed the items the manager let it slide. For a moment I thought I was leaving empty handed. For future purchases I now know I will need a card with my face on it to go shopping.

Back at the place 30 minutes later. It started off slow. Sucky slow. Slower than last time we were there and that time was slow. Very few people came out to see us. It was as if they did not even know we were there. Sadly that lasted the entire shift. With hopes of it picking up, it did not.

We even finished up early, 2pm, which is not like us. Actually leaving a half an hour later. A huge shock. But she need to rest and I had chores to do.

Home early I threw a load of laundry into the machine before jumping in shower. I need clothes for the week so why not wash while I shower to save time.

Off and on I played with my nephew as I cleaned my room. Multitasking at its finest. I had clothes laying around that needed to folded or hung up, empty water bottles on the floor that needed to be sorted for recycling and to be honest it looked like a college dorm. It was sickening. 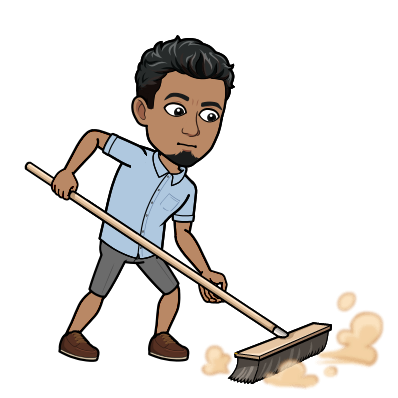 I also cleaned up because my girlfriend was coming over. I could not stand to have her see the mess. Great motivation.

Around 8:30pm I discovered she was no longer coming over. I thought she might have wanted to stay home because she worked all day so I told her stay home. Big mistake. She thought I did not want her to come over but that was wrong. This was another case of miscommunication for the day. What did not help was how tired I was. I did not even notice signs right in front of me.

At least my living quarters were clean.

By 9:30pm I was ready for bed. I scheduled a new post for tomorrow along with the other usual content of my story and daily quote. Should I go to sleep now? Is what went through my head.

And I did. Right after one video on YouTube.