What an early start.

Last night I set my alarm for 7:30am. I had to be at the café today and I knew getting up early to get there would be tough. Surly enough it was. I could not roll out of bed until after 8. Time was running out and I still had to find something decent to wear for the grand opening.

I also had to give myself an hour and a half of drive time because I have never driven myself there. The last thing I wanted to do was to get lost and worry about losing time. I would rather show up early to set up than late.

For my first drive into New Hope, Pennsylvania, it was pretty great. Really simple and smooth. It was all highway until I got closer to the town. From the highway to town was about 10 minutes of farm land and trees. It was a great preview of the surround area. I plan to explore more as time goes on.

Finally, at Ferry Market I was pumped to get started. I got there 20 minutes ahead of schedule which meant I still had time for a quick bite. While setting up, I placed an order from next door for an acai bowl. Greenstraw makes some delicious juices that are unique. Their bowl selection is also unique but I decided to go the classic. It was great except for the double layer of granola. I am a huge granola fan but theirs is remixed. They add nuts. I did not mind it but two layers is too much for me. Either way, it won’t stop me from eaten them.

Then the lady I work with showed up a lot later than I did at 10:25am. We have not yet figured out the morning rituals yet but with her now with me things were simple. A little after 11 our newest temporary help showed up. A family friend of hers. A gentleman my age who help the lady I work with when her first business opened. He was back again to help us get number two off the ground.

We welcomed him in and showed him around. With this being our second day, we did not know much ourselves but we were able to give him a glimpse of our operation. With what we did figured out yesterday we told him and boy did he catch on quick. It was very reassuring.

He is a great guy. I would not mind working with him more often.

We made good friends.

During some course of the day my sister and nephew showed up to support our official opening. I was beyond excited to see his little face. But I was jealous. The little guy took to the lady I work with quickly. The little flirt had no shame jumping in her arms. It was the first time they ever met and he took no time to figure out who she was. I am going to have to watch him in the future.

After a while the lady I work with left the two of us – the family friend and I – to go run errands for the next two days. It was slow anyway so we did not need her at the time. We could handle it with our eyes closed. With the weather being iffy between raining and not and the fact that we are new, not many people knew we were there. We will have to fix that.

Around 7pm the lady I work with returned. With the three of us now together cleaning up was easy. By 8:25 we were done. As we were leaving the market there were lots of questions on how to bring in people and get noticed. I think our biggest flaw was not telling the towns people ahead of time. Hmm. 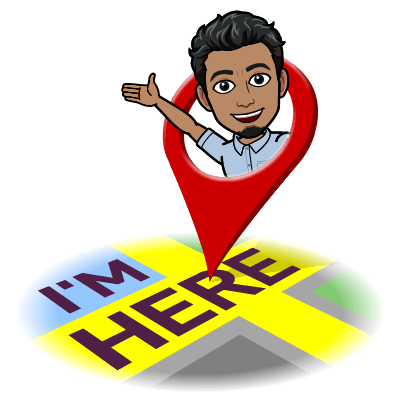 Bitmoji ME find me

An hour and 10 minutes later I was home. Man did it feel good. That ride is way too long. I do not know how I am going to make it through the night driving out there. It gets so dark I honestly cannot see. Especially when a car comes by and blinds me with their headlights. At that point I am completely guessing on what’s in front of me. It is a little scary.

Either I was safe for tonight.