After last time I could have slept my entire day away.

We got into the house around 1am only to go to bed later and wake up after 6 hours of rest. My girlfriend had to be at work this morning and I had no idea how she was going to make it.

As she took and shower and got dressed I laid in bed playing on my phone. Around 7:45am I walked her to her car in the middle of a downpour. Trying to walk back into the house my slipper slipped off twice. I almost gave up and left it. I figured if it fell off again it was not meant to survive. 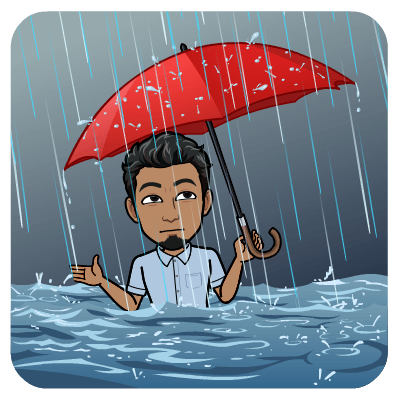 Back in the house I removed my wet clothes and changed into something drier. I was only outside for a few minutes and drenched from head to toe. As I was changing my sister showed up with her son who was as loud as can be wide awake for no reason. Then I remembered he is sick so he is annoyed which is why he could not sleep. Around 8:30am I called it quits leaving him with my sister and going right to bed. My eyes could not handle being open.

Around 11:30 I woke once more and laid in bed playing Dragon Ball Legends. A little after noon I rolled out bed to get started. I was able to find, from what I think, is a great piece about using one’s current skills as a complete unit to succeed and do something great. When it goes up I hope someone can use it in their lives.

Around 2:30pm I got dressed. I needed to pick my car up from the mechanic. Thankfully my mother was able to watch my nephew while my sister did me a favor by dropping me off at the shop. Once there I got the full breakdown. My air conditioner was fixed along with my muffler. The check engine light was another story.

After leaving the shop and driving it for a bit I realized a few things. I think the muffler might have been put on too tight so the car has a slight shake to it. I also think it is still sluggish. That might be because check engine light is still neon bright. Unfortunately, the job would have taken too much time to fix and I needed my car for tomorrow. That will have to be a project for a different day.

On the way home, I decided to stop at The Dancing Lender for an acai bowl. These are so good that I might be addicted to them. If I could eat one every day I most likely would. If they cheaper then I definitely would. I might have to start making them myself. I am pretty sure if I browse through YouTube there is a good recipe for it.

Back home I enjoyed the bowl while watching “Dragon Ball.” I made it into the 30s with the show now. It isn’t much progress but I am enjoying the heck out of it. So many things I had either forgot or just did not remember. I am like a kid in a candy store whenever I put an episode on.

I took a break from the TV to play with my nephew. The little dude is amazing in every way possible. He is actually smarter than I thought he would be for 10 months. I just wished he crawl or say tio, uncle in Spanish. After having quality time with the little guy, I returned to the computer in search of another article to add to my stockpile. After reading a few I might have found one that will posted on Wednesday. I really need to find a better schedule for them.

When my eyes got tired I decided to take a break and watch a movie. Around 9:30pm, after scrolling for 15 minutes, I found one that got bad ratings but had one of my favorite actors, Nicolas Cage. The movie was called “211” and sad to say but it deserved its ratings. It was not one of his best films but at least he got paid for it.

11:30pm I tried to play a game but the connection to the servers kept getting lost. I called it quits and when to bed.

One thought on “FINALLY, Got It Back!”