I was woken up at 7:20 by my teammate so I could take him to the head office. We agreed on it last night but I hoped he would have left me sleeping. In my pajamas I put sneakers on, brushed my teeth and we headed out. As soon as I dropped him off I returned just to hop back in bed for another few hours.

When I reawoke I could hear my mentor and his wife questioning where my teammate had gone. Fully opening my eyes, I explained to them how stealthy I was leaving and returning so I would not bother their sleep. I swear I was like a ninja. They never heard a thing. 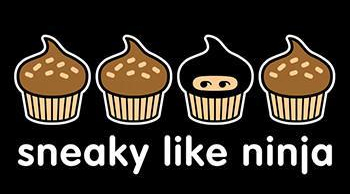 Around 11am we left the hotel and made our way to the head office ourselves. There was going to be a live broadcast done for all of the company men and women to watch. A special featuring the head of our office, his wife and a few power players in our branch. It was a great experience to witness the greatness on stage and in front of the cameras. I could not believe how close I was to being on TV. It was like a sitcom with the audience being told when to clap and when to hush up.

Around 2pm my mentor and I left with his wife and kids to the mall. I was starving and so was he. We never made it for breakfast this morning. Honestly, we were not too worried about it either. The hotel we were staying in did not serve free breakfast and it was pricey for a little plate of home fries and bacon. The wife and children had just eaten so their stomachs were content. The only thing they requested were drinks to quench their dried-out throats from the 90 degree hotness that the sun provided. I on the other hand enjoyed an amazing plate of Japanese food that I was not fully convinced was authentic. It was in a mall food court so I questioned it. Either way Hibachi-San was good!

I left them around 4:30pm to head the airport. My flight back home was scheduled to take off at 7:30 and I needed to return my rental. It was an hour and change drive between traffic and stopping to fill up the tank. Once there I felt just a bit closer to my comfort.

Finally making it through baggage check and the pat down I was sitting on the floor at the gate with a Hibiscus Sangria, non-alcoholic, while I waited to board. As I sat there I spoke to my girlfriend on FaceTime and started to watch a few episodes of “Supernatural” that I downloaded from Netflix before I left Jersey. They were supposed to be for the flight down but I ended up reading part of book instead.

Fully engaged in my episode, someone from my office who had the same flight patted me on my shoulder. He informed me that the flight was delayed about 45 minutes. That was a real bummer.

When we actually made onto the plane we sat for another 30 minutes before taking off. Those 30 minutes were heaven to me. I took the most peaceful nap I had all weekend. I woke up right as the plane was lifting off into a storm that we flew right through until the skies became clear. For the entire 2 hour flight I watched “Supernatural” while I ate a bag chips that were given to me from the gentleman at the airport. It not being enough I also had the complementary pretzels and coffee the flight provided.

Taken from my iPad so a bit fuzzy.