So much for an anniversary.

Unfortunately I will not be celebrating my 12th year anniversary with the love of my life. The events of this year have proven difficult to avoid leaving me in a state of sadness. This will be the first year that I do not have a gift picked out, surprise set or card written. My brain cannot even function properly to get my feelings on paper right now. I am sorry my love.

I woke up at 4:15am after tossing and turning in the foreign bed I slept in. All night all I could hear was the sound of furnace turning on and off.

As tired as I was I got out of bed at 4:30 and got dressed. I was beyond tired but the day required my attention and I could not ignore it.

The lady I work with and I left the house a few minutes after 5am. We had a 45 minute journey to take both tired from working late last night. On the way we stopped at a gas station to fill up a tank that had no need for it while we got coffee from the Dunkin’ Donuts joint to a convenience store. It was more than needed for my sleepy eyes.

While there, I picked up three tickets for the lottery. I do not normally play but I was in hopes for a way out of working. If I win I can take a nice vacation and bring everyone along with me including the lady I work with and her son. These past months we have been beyond busy and could use a nice getaway.

Finally on the road we ended up getting lost. I was able to see parts of Jersey that I have never been to but I was worried about making it on time. We were asked to be prepared by a specific time but hey, what could we do?

As soon as we got there we unloaded and set up shop. For us to be at this horse show this early in the morning, was a challenge. One that we did not know if we would win or not. It was a mystery.

The beginning of a wonderful weekend. Maybe…

Throughout the day we did fairly well. The lady I work with expected far less due to her experience with this events but it turned out to prove her slightly wrong. It was definitely a good taste of what’s to come over the next three days. Yes, for the next 3 days I will be waking up at this time every morning.

Around noon it was suspected that we would be leaving early but the suspicion was wrong. It was not until 3:30pm that we started to shut down and clean up. I was more than thrilled because sleep deprivation was starting to catch up with me.

On the way back to her house we made a few pit stops. Since today went pretty well we now know what to expect for tomorrow and how to prepare for it. First up was Costco where she made bulk purchases of items that we believe will be the most popular. Especially Gatorade. Everyone asked for it and we could not supply the demand. Afterwards we headed over to H-Mart where she picked out the little things that will be needed and could not be bought at Costco. Being so tired I ended up stopping at Tous Les Jours for a blueberry cream cheese Danish. It was very tasty and energizing. 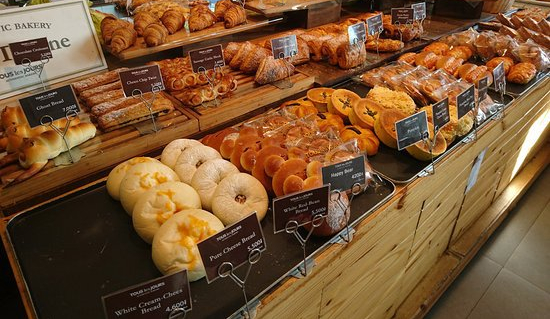 Side note: I received a phone call while in the market from my pops about my grandfather that made me very unhappy but that is too much of a story.

Finally, at her house we – she, her son, son’s friend and I – unloaded the grocery and organized. Right after, I took a moment for myself and sat in their basement as I began to put my life on paper. That is when my input on dinner was requested forcing me to stop. I was a bit glad to. I was excited to eat since I only had one meal throughout the day.

About 30 minutes later our food arrived. We ordered individual pasta dishes that the four of us ate together. While eating we sat in the living room and watched one of the newest “Star Wars” movies. I do not know which movie it was but it was great. I actually want to watch from the beginning. In the middle of it I decided to shower so when I came back the movie only had about 45 minutes left.

Finishing the movie, I said my good nights. I needed to be in bed about an hour ago but I could not leave that action on the screen by itself. I just had to finish it. 5 hours of sleep here I come.