Last night the dog barely let us sleep. He was in one of his moods where attention was needed all night. My girlfriends bed sits too high for the little Chihuahua to jump on so he would walk over to my side of bed in hopes I would notice him. The poor thing even got himself stuck between the bed and door frame to the closet. My girlfriend had to wake me up to get him. After a while we caved and bought the little guy onboard. He slept in between us for the rest of the night.

Thankfully I did not have to get up early today. My shift started at 4:15pm so I had plenty of time to rest. Unfortunately, I cannot say the same for my girlfriend. She had to be at work by 8am. I was so exhausted that I do not remember kissing her goodbye.

Around 11am I woke up. I did not leave the bed for about 30 minutes but I was up. As I laid in bed I play Dragon Ball Legends.  There is a new event taking place which has me on a mission to complete. The game has dramatically been increasing its content, for the better, keeping me hooked like a good sized a bass.

Finally out of the room I had the dog in my arms as we made our way to the kitchen. If was time for lunch. My girlfriend had his food already set up so while he ate that I had a bowl of cereal. Raisin Bran Crunch. While I ate the iPad sat in front of me off to the side. I could not remember the last time I saw a DashieGames video so right away his channel was searched for. From the YouTube timeline I might have been a week behind. This was a first. I usually watch his videos the day they are released.

After enjoying my meal and the video I got serious. I wanted to write. I never knew how much I relied on my computer but I truly miss it. The simplicity when it comes to edits and photos and posting in general is much simpler. The app does not run as smooth as it should for everyday users, in my opinion. Since I am tech savvy, my lack of understanding the app does not stop me. From my iPad and phone I use an app called TeamViewer. It allows me to use my computer remotely as long as it is on. Without this I honestly do not know how I could keep my format going. Hopefully there aren’t any power outages any time soon.

Close to 2:30pm I was hungry for something else. I had leftovers from our dinner at Cuban Pete’s so that was heated up without question. Then it happened. Again, just like Tuesday night, after eating my stomach hurt. It was not as bad but the pain was there. I tried to force myself to use the bathroom in hopes of correcting the problem but could not. The rest of my day was going to be questionable.

Dinner shift near the mall.

I left the house by 3:20 giving myself plenty of time just in case I had to make a pitstop. On the way to meet the lady I work with I had to make that stop. My stomach was making weird noises and rumbling in ways like never before. About 5 minutes from our meeting place was Willowbrook Mall. Thankfully, I am familiar with it so finding the bathroom was easier than writing my name. As I sat in the stall nothing happened. I could feel my stomach ache and want relief. Just as earlier it was a false alarm. Before leaving the mall to head to work I stopped by a newspaper stand and picked up a bottle of Canada Dry ginger ale. I needed help.

At the location I park in the shade. My stomach is still talking in tongue as I sit there clueless. I cannot help it. The lady I work with showed up 3 minutes later with her son in the front seat. It was time to put my stomach on hold and get going. After 45 minutes into the shift I excused myself and went to the bathroom once again. Another false alarm.

Throughout service I made a bet with her son. We have a milk tank that we use to transport oil. During every change we clean it out. Normally I do it but the job is tedious and annoying. So being a good role model, not really, I bet him $20 challenging him that he could not get it any cleaner than me. After hours of continuous scrubbing he earned my money. That tank was cleaner than I have ever seen it. The stainless steel was as clear as a mirror. I could not believe it. He accepted and won with certainty. I was more than thrilled that I did not have to do. Win for the both of us! 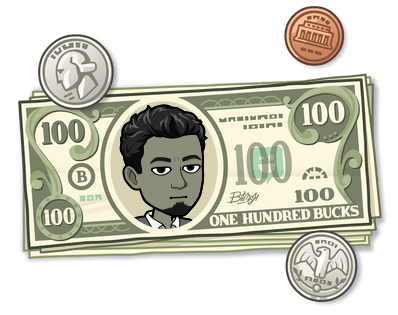 Going back to the comfort of a familiar bathroom.

By 8:30pm we were done. We called it quits, packed up and headed home. I could not wait to shower after the day I had in three different bathrooms. I pulled into the drive of my girlfriend’s house by 10. As I was walking to close the gate she and her sister pulled up. I didn’t even notice the car missing today. They had left to pick up food for dinner that graciously declined. There was no way that food was being put into me.

The three of us went up to the apartment together and I immediately went to the bathroom. I took a nice hot shower and washed every part of my body multiple times. If I had access to a decontamination room I would have been sprayed down several times as if a deadly virus was set loose.

Right before bed my girlfriend convinced me to drink some tea. I had requested crackers because I was hungry and, in my head, it helps soak up all of the nasty fluids. But she insisted tea being drunk with the crackers would help my stomach settle. To be honest, as much as I resisted I was more than glad to have them together. It worked very well.

I also picked up Gatorade on the way home in hopes of it helping keep me hydrated.