This morning I had to meet the lady I work with at her house. We had a catering to do and from my house it was a distance. I do not mind driving but places that take more than an hour to get to, I would rather have a ride for.

To meet with her I left the house around 10:15. When pulled into her driveway I still 5 minutes on the clock to spare. I could tell she was already set to go with the only thing needing to be to done was connect the hitch. After connecting it we got in truck and took off. The place we were going to be catering was about 50 minutes away from her house. We were invited to help celebrating a birthday I believe or maybe graduation. We were here once before 2 years ago for the eldest child. We had a great time last year and expected nothing less this time.

Throughout the party I was jealous of a very happy dog named Max. He is a black Labrador and a very playful one for his age. It was cool watching him jump in and out of the pool whenever the heat got to him. All I could think about was how cold or warm the water must have been. I wanted to jump in with him every time. He would also grab his ball, run around with it in his mouth and drop it in front of people with the hope that they would kick it. That made me want to play fetch with him because I saw how good he was at it. If I could have, Max and I would have had fun all day.

We were not there too long, only a few hours. From 12 to 3:30pm was our scheduled time to be there. As usual timing is not our strong suit. People were hungry and we could not just deny them. It took us about 20 minutes just to close up. By 4:30 we were completely cleaned up and, on our way, back to her house. When we there I help her unload, had a very short conversation with her son (pretty much just slapped his hand saying ‘what’s up’) and took off home.

Get ready for a sleepover.

On my way home all I can think about was how great it was that I had the rest of the day to do what I felt. Since I have been business for the past two weeks, I have not seen my girlfriend. I figured that was the best course of action for the rest of the day. So, after a nice cool shower I packed a bag and I got ready to leave. I even considered were we should have dinner.

When I called her to let her know I was going over I was sadly disappointed. Her and her sister had already ordered Chinese food. Normally I would be excited to have some but today I wanted to be a little healthier. I wanted to go to a restaurant or diner but instead I ended up getting Wendy’s along the way. My dinner turned out to be a spicy chicken sandwich with no mayo, four piece nuggets with barbecue sauce, medium fries, and a berry cherry fruit tea. (From the website: Organic Honest® Tropical Green Tea hand shaken with real cherry and blueberry puree and strawberries.) 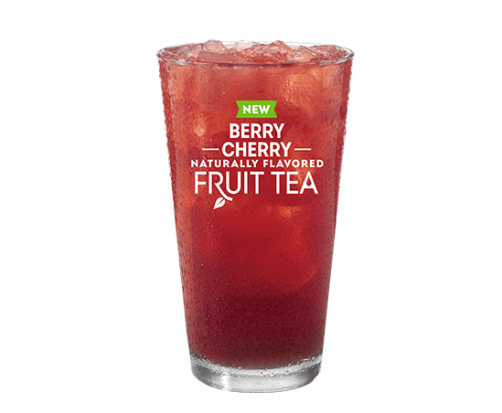 Before getting to my girlfriend’s house I made a stop at my grandmother’s house. Recently my uncle and my mother has been emptying out the house since it has been vacant since my grandmother’s passing. My mother had a dream the other day that somebody was living in it and it freaked her out. I had to check on it just to make sure the house had no unwanted guests. She has been asking me to pass by for a while now but I have been so busy that I never had the chance to. My girlfriend lives down the street, about 2 or 3 blocks, so it was the perfect opportunity.

Finally, at my girlfriend’s house I gave her the biggest hug and kiss you can possibly think of. Right after I gave her dog a few good scratches since I have not seen him in a while and missed his face. I also greeted her sister who I obviously have not seen either. It was like a family reunion after 5 years. Then I sat down to eat because I was starving. Which by the way turned out to be better than I thought. Even though I wanted to actually go out and have something, this made my evening.

The rest of the night from about 9 to 11pm we hung out in bed and relaxed. Even watched TV and talked. I think by 11:45 I was actually in ready to sleep compared to all the other days where I am usually in sleeping by 1:30am. It felt so good to be early.

I did wake up an hour after I fell asleep. I guess my body was not used to sleeping so early.