4 hours later and my alarm goes off. I contemplated on staying in or being an adult and taking care of business. It was a tough fight but the responsible person in me won. I woke up at 6:45 closer to 7am. I had 15 minutes to get ready that ended up turning into 30 by the time I walked out of the house.

I had to be in the office this morning to go over new ways on approaching potential clients or prospects. We went over what was compliant and best ways to handle objections. It was a great training from a different perspective since someone new taught it but there was not much of change.

End of that session.

As I sat in the parking lot getting myself ready to leave I took a spit of my melted drink. Before getting to the office I had time to stop at Dunkin’ Donuts. I picked up a medium frozen pistachio coffee and an apple fritter. I had half of the coffee an half of the fritter left over. I was done with the fritter for that moment but finished the coffee. 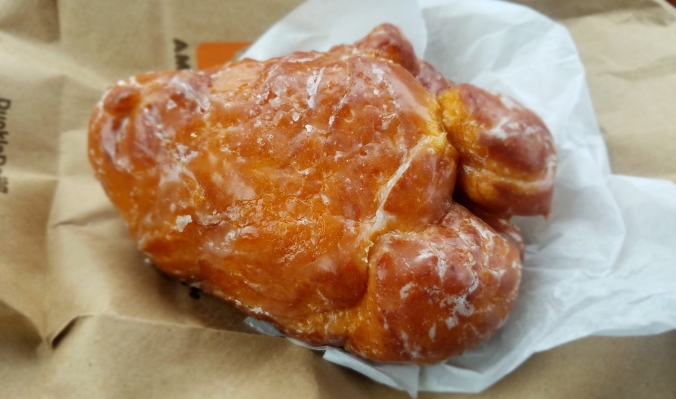 On my way home I made a single stop. Since the remotes for my car alarm came in yesterday I decided to have them changed while I was out. At PC Richards I walked inside and went straight to the customer service desk. I wanted to know of the technician was in today. Apparently I should have called in advance because I needed to make an appointment. This would have been something good to mention since I was there on Tuesday for my initial inquiry. Luckily as I was at the counter the technician conveniently walks up. There was another customer he was going to tend to but I got to him first. I explained my problem and told him the solution. He nicely said, “Bring the car around back. When I’m finished I’ll help you.” The guy was awesome! I think if I was anywhere else I would have been denied.

Out back I sat in my car playing Dragon Ball Legends as I waited. Normally I would be upset sitting around but since he was nice an I penciled myself in his schedule waiting was not a problem.

Within 15 minutes he came over to my car. I gave him the new remotes and he worked his magic. Something I could not have done. Programming those controls was nothing like I imagined. In my head it involved a computer and wires. I was wrong. The way he programmed them reminded me of PS2 days and inputting cheat codes for San Andreas. A bunch of key turns, peddle kicks and button pressing. You could tell he had done his job for a very long time. It took him less than 5 minutes to set everything up while I watched with a dumbfounded face. I was impressed.

Back home I thought I had all the time in the world. I was supposed to be off so I washed clothes, straightened up and was even getting ready to leave and meet my girlfriend. But just as I went to grab my new computer and put some parts together I get a text message. “Can you work?”

I went from excitement to sorrow. I had to cancel seeing my lady after getting her excited to see me. I felt so bad. If it would have rained like the weather report said than I could have gone on with my day. But then again, instead of spending money I now had the opportunity to make some.

By 4pm, 15 minutes after the text, I was leaving house. As I sat in my realized I never got gas. I figured I had all day to do so. Now that I was in a rush I wish procrastination would not have taken over. After getting gas, 4:30pm, I was on my way. I had an hour drive to take to the winery.

After getting of the exit there is a Walmart to the left of me. I was falling asleep on the road there so I decided to get two cans of Monster. One for that moment and one for backup on the way home.

Back on the road 10 minutes later I was parking in the lot of the winery. I immediately dropped of my things and ran to the bathroom. I forgot to use it before I left the house and the Walmart bathroom was is the far part if the building that I did not want to walk to.

Actually getting to work, the night turned out to be nice. The rain held up and temperature was comfortable. Business was slow but it was expected for 72 degrees and cloudy. 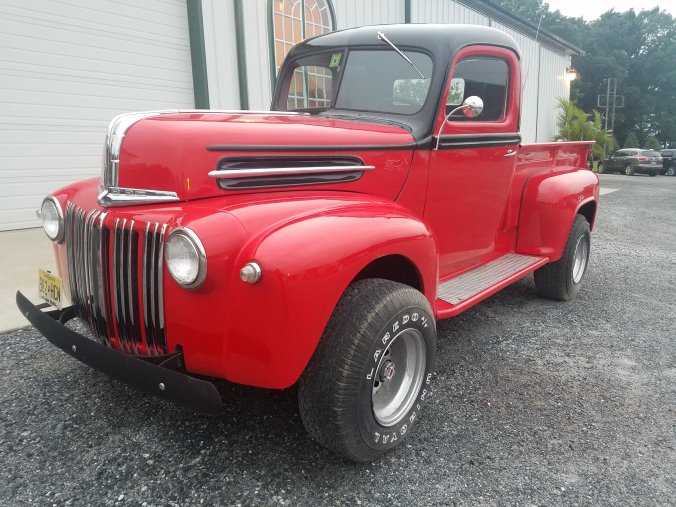 Around 9pm I was cleaning up and an hour later we left. Back home by 11:30 and in bed by 2am after a comforting shower.