Waking up at 11:30am has become my new starting point for days that I work late shifts. I even woke up at 8 to move my car so I was already awake. But the thought of sleeping turned out to be a better way to spend my time. I really wish I could just stay awake after having 5 hours and be okay like many people I know. For me it’s dreadful. I even tried to train myself for a couple months but it did not last. Maybe I will try it again.

When I woke up I used my mother’s expertise on booking flights. I do not usually travel to far and if I do it is never alone so getting a ticket is not something to worry about for me, I just pay. For about 30 minutes we went back and forth trying to find the best deals and closest airport to my destination in Georgia. I will be leaving next month and wanted to get part of the trip paid for. Today I was able to book my round-trip flight and rent a car for when I am out there. I was told to visit many places but the distance in between them will be a lengthy drive. All that is left is a place to sleep.

Around 1pm I got dressed and ready to leave. Right before I decided to check the mail. To my surprise the mail was delivered early and my package was mixed with it. On Tuesday I ordered a new set of remotes for my car alarm. The ones I have now are busted up and work about once a week. I was super excited to get them and now all that’s left is to have them programmed by a professional. Soon enough I will be able to get in and out of my car with ease.

I headed to my usual Friday work spot, Pier 13. Since I am trying to be early, I left about an hour and a half before the scheduled meet up. Today I was about 45 minutes ahead of schedule so I decide to stop the bagel shop from yesterday, O’ Bagel. I really enjoyed my breakfast that morning so today it was going to be eaten for lunch. 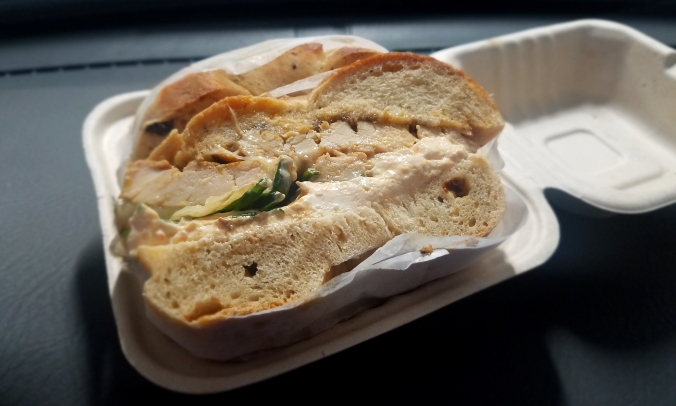 At the parking garage I sat in my car. I had not eaten a meal yet and was excited to dig into my Boken. Yesterday I had the sandwich in a raisin bagel but they were sold out so I had it with a sun-dried tomato bagel instead. Honestly it was just as good. The only downside was that the chef went a little too heavy on the Tuscan spread so I had to scrape some of it out. Otherwise than that it was delicious.

While I ate the lady I work with let me know she was going to be a bit late. Since I had time and my stomach was full I decided to leave the comfort of my car and walk over to pier. It was a cloudy cool day so I thought sitting in front of the river would be relaxing. For 20 minutes it was. I enjoyed every moment of it as I wrote out an entry in my journal. I might have to start getting there sooner more often.

When she finally showed up we got right to. We knew with the weather that the day was not going to be good so we prepared just enough to get by. We knew what we were in for, a bust, so we focused on the next task. Around 6pm, after preparing for today, we began working on tomorrow. We prepared just about everything we could to make it easier. The disappointing part is that tomorrow’s weather does not look any better than today’s.

By 10:30pm we were packing up. After the mayhem on Wednesday we wanted to leave early. Besides that, it started to drizzle and people were running off the pier quicker than a hound dog on the hunt. A half an hour later it was a full on downpour. I had to give the lady I work with a sweater I had hidden under the table for emergencies. She had to get her truck from the garage we park at and I could not bear to watch her get soaked. Today that hidden gem paid off by keeping her dry.

Getting out of Hoboken/Jersey City when construction is in progress is a nightmare. I do not understand why they cannot find a system to move traffic in a less congested way. It took me an extra 15 minutes just get onto the highway. It can be really annoying seeing policeman stand around chatting instead of helping direct. The only pleasure I had waiting was being able to talk to my girlfriend about what she has been up to. I have been working so much that I miss her face. 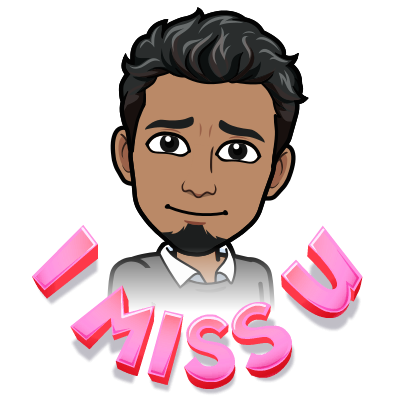 Finally, home I ended up falling asleep way too late.  I was in bed by 2:45am setting my alarm for the crack of dawn.

See you at 7 in the morning!