I was supposed to work at 10:30am but wanted to get coffee so I woke up earlier than I needed to at 8:30. As I was getting ready to head out I get a phone call. The lady I work with had a situation to deal with and was not sure if she would make it.

The tire guard, or wheel well, on her trailer disconnected from the side and slashed one of the tires open. On the side of the road is when she called to let me know she was fixing it. The plan was to get it stable enough for her to drive to her usual tire shop. Good thing it has a dual axle. She assumed she would be long but I told her to keep me posted. About 30 minutes later I get another call. She had been taken care of sooner than expected but we were already late. I convinced her without much effort to show up anyway. We have a big day tomorrow and all the preparation we can get in will help.

It has been about 6 or 7 months now that my car remotes for the alarm system have been going on a fritz. At first I thought it was the battery but that did not work. After a while I came to the conclusion that it was the remote circuit board itself. The only repair is to get a new system. Mine is about 5 years old and I really like its simplicity. Hopefully I can find another one like it. With that being said it look me about 7 minutes to get into my car. I could not find the ‘sweet spot’ on the remote so I stood there pressing it over and over until it beeped.

With just about 30 minutes to hurry, I surprisingly made it to the location I was meeting the lady I work with in 15 minutes. It might be a new record for my books. I used the other 15 minutes to get coffee from Starbucks. Today I had something different that was suggested to me because I could not decide, a vanilla cream cold brew with two pumps. It was very good. Thank you barista! At the same time, I grabbed an iced Americano for the lady. 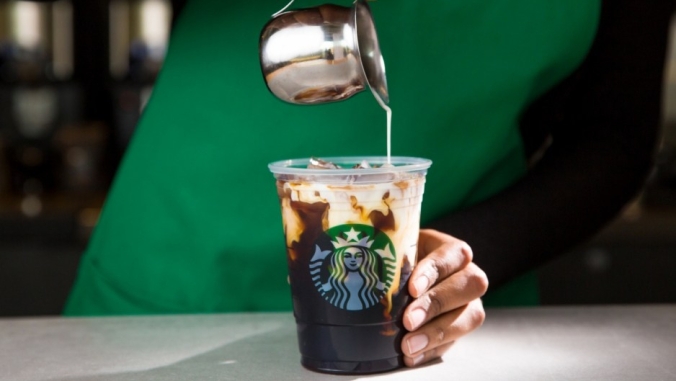 Finally, at the site we set up in a hurry. We were late but it happened to work out fine. The moment we began it started to rained. At first it was a light drizzle but then quickly became so much more. When it rains that way people stay away. In 3 hours we saw twelve individuals. It was a super easy day. By 3:30pm were done and headed home.

Time to get touched!

I was home by 4pm sitting on the toilet preparing myself for a shower. I have a date with my chiropractor’s hands today. After the past couple of weeks I had, I needed a good workup. I even slightly hurt myself which made me remember the initial pain I went through. Something that I never want to experience again. The doctor’s hands are made of magic so I look forward to having my body corrected.

On the way home, my girlfriend lets me know she was getting out of work early. For a Wednesday that is not something normal. She is usually there until 8:30pm, sometimes 9. But 10 minutes away from my house she calls me to find out what I was doing. Her plan was to go home, my plan was for her to come over. I won.

We got to my house fairly at the same time. She was excited to see my nephew home and spent most of her time with him. That is until I dragged her back out the house so I could get something to eat. An order of Penne alla Vodka was placed for pickup from an Italian restaurant the next town over. Before getting dinner, we stopped at Stop and Shop to get cases of water. The house was drier than a desert. Not even a cactus could survive. Along with the water was a very important item. I bought a pint of Haagen-Dazs pineapple coconut ice cream. I have been craving it, searching for it and finally found it. I did not even see it at first. I stood there for 2 minutes running through each row and just as I was about to call quits, I saw it.

On the way home, we picked up my dinner. Back in the house I ate as we sat in the living room with my nephew watching TV. Once my sister took his sleepy butt home my girlfriend and I went to the room and cuddled in bed. While she slept I watched a recap of E3 barely able to control myself.

I could not sleep until I wrote about E3 Day 3. I did not finish it until 2 in the morning.