Not a very interesting day.

Up at 8am. Had cereal for breakfast.

I was supposed to be at the office this morning but since I have no replacement for work it is hard to take off. With that being said the day was super long. Just as yesterday I worked at Pier 13 today. But unlike yesterday I got there at 10:30 this morning. Half an hour late but completely not my fault.

On the way to the pier it was smooth sailing. A beautiful Saturday morning with most people either still asleep, at church or having a family breakfast. It was great basically having the road to myself. That is until I got to a main street in Jersey City that I needed to take. it is the quickest way possible without going through town. For about two miles a double lane highway was turned into a single lane while the electric company worked on the side. They were preparing and beginning to set up new phone lines. Or I think they were. There were several trucks, many workers and a lot of equipment laid out. I appreciate their efforts in keeping the communication alive but, Why can’t the phone lines be underground? There are many states that already do it.

Finally nearby, I parked where I normally do at the Little Man Garage. I said my hellos and as I walk out of the garage a tear came to my eye. Across the street, a merely 40 second walk, a Starbucks that I could not enter. Because I had to sit in traffic I was 15 minutes late. It is as if there is no luck for me making it on time. Everywhere else I have to be there are usually 10 minutes to spare. For the pier there is not even one. I even left earlier than normal so I could stop at Starbucks. I really wanted a Teavana tea infusion. I was out of luck. 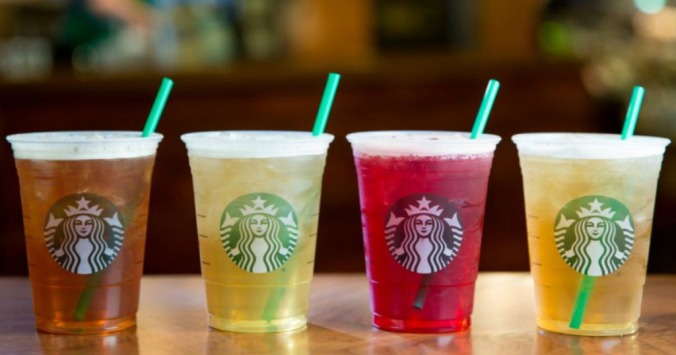 When I got to the pier I remembered the key to the lock was with my car keys. As I reached into my pocket to get them I was disappointed. My keys were no longer with me. I had to walk all the way back to the garage just to separate the rings from each other. It was a pain in the butt. Back again I got right to it. There was only a half an hour to set up while the lady I work with was out shopping for the day. We were at the pier long term. It opened to the public at 11am and closed at 11pm.

When the lady I work with returned she had a truck bulk load of groceries. Thanks to the staff being friendly with me i was able to borrow one of their push carts. Sometimes they do not have any available and I have to walk the stuff but luck was on my side. After unloading she left once more to park in the garage where my car was. When she came back she had drinks. I could not get it earlier but she surprised me with an iced peach tea something from Starbucks. What a coincidence!

Throughout the day we held our own. It was not as busy as we’d hoped but profit was a gain. Especially at the last hour from 10:30 – 11:30pm. We really rocked it out. Being there all day was draining but that last hour had my adrenaline going.

By 12:30am we driving away. For some reason we can never leave on time. Even if we put the effort to clean up and pack quickly it does not really help us any. We feel like we are doing good but then when we do a time check reality hit, we suck. By 1:15 I was home. An hour and a half later in bed.