I slept in today.

Last night I set it up perfectly. I drove my sisters truck to the office that way when I got home she was last in the driveway. I set my alarm to 8:30am so I did not have to wake at 7. I even shut all of the venetian blinds and curtains so the sunlight would not wake me. It felt great not having any interruptions this morning. The downfall was not getting on the morning conference call. Plus side, I did not wake up tired and for about a half an hour I was able to write.

Let’s get it started. HA!

By 9:45 I was out the door and on my way to Short Hills Mall. We are working across the street today at one of the buildings we did pretty well at. As usual, if I am in the area I must stop in Starbucks for drinks. Though today I did not get coffee. I want to try and switch things up every now and then. My original thought was something new on the menu with mango and passion fruit (I forgot the name of it) but they were not prepared for it. Apparently, the release date for the new drink was pushed back a week but the poster was placed up beforehand and never removed. That is fine with me because I now know that on June 15 there will be something very tasty coming to Starbucks.

Then I get a call.  It seemed that today was going to be a hot day and we needed ice. So, I drove about 10 minutes into town to get some. I was pretty certain the mall would not have any. At first, I did not want to take the drive and hunt for ice but when I got into town everything changed. It was my first time actually going into Chatham township. There were a lot of nice little shops, it was clean and the people looked pretty friendly. Granted I was only there for a few minutes but I won’t mind going back to explore.

I got to the place we were serving at and the lady I work with pulls in right after me. Perfect timing. While I looked for a place to park she headed straight for the front of the building. V.I.P status for her and convenient for the office workers. It was basically door to door service, they just had to walk from door to door. (That was a horrible joke. haha)

By 2:45pm we had finished our duties for the day. We cleaned, packed up and were off the lot without hesitation. Finally home I was glad to relax. I sat on the floor ‘Indian style’ and had a bowl of Japanese curry with slow cooked pork belly mixed in. It was so soothing and filling that I had to lay down in my spot after eating it. While on the floor I watched a video of DashieGames on YouTube. After a long day his energy is welcoming. It gives me a boost.

When I found the strength to get up I hopped in the shower. I needed to wash clothes desperately so I made sure today was the day to do it. I even packed it up last night and left it by my door so it would not slip my mind. Soon out of the shower my mother and nephew show up. Obviously, I cannot leave without showing him some love. I spent about 15 minutes playing with him before I called it quits. Time was running out.

Officially out the house and on my way to the laundromat.

My girlfriend was already there and washing. I told her I would be there at a specific time but did not show up until 6pm. When I walked in I got right to it. While the washer machine did its thing my girlfriend’s sister comes walking in to help. At first, I thought she was too early but moments later the machines stopped. While the clothes were in the dryer we stepped out. Across the street was a piña colada truck that served multiple little snacks. I have never tried their food but I love the virgin drinks. Since I was accompanied by two others – girlfriend and her sister – I did the gentleman thing and offered something. Two piña coladas please! My girlfriend did not want one but her sister did. Then back across the street to Carvel to get my love a vanilla soft serve cone with rainbow sprinkles. Her favorite.

Done and over with my clothes smelled great and looked clean. After neatly, or not, folding and bagging them we left. For the rest of the night we laid on the coach and finished the last two episodes of “The Good Doctor.“ While doing so we had an amazing meal. Pernil (slow-roasted marinated pork) with rice and gandules (pigeon peas). We cried out butts off on the last episode. Season 2 when are you airing!? 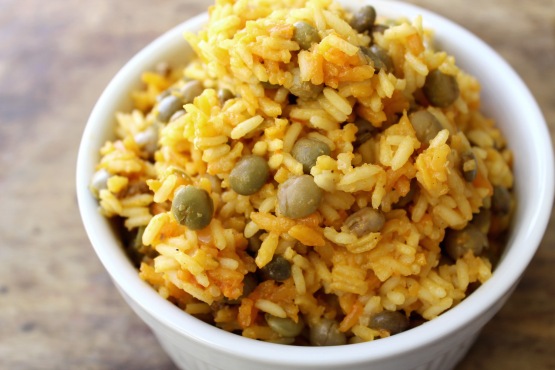