I woke up cold today. I had the air conditioner on and the ceiling fan from last night going at full force. Usually I turn the fan off before bed but when I woke up it was still on. I clung to the blanket like a baby ready for a nap. My body covered in chicken skin. When I grew to the courage to get up, I turned off both, the ac and fan. Then as fast as I got up I laid back down to hide in the warmth and comfort of my quit.

Bitmoji version of Me

I woke up at 8:15am and got dressed immediately. It was going to be a chilly day so I prepared for it by putting on a sweat shirt. Since it was my first day back to work since I bought new shoes, they were on for a test run. They fit nicely but after 6 hours on my feet I will know for sure how efficient they are.

Before leaving the house, I sat in front on my computer with a bowl of Frosted Flakes cereal. I had about 15 minutes to eat it and leave. While I ate I watched a David So Comedy video on YouTube. It has been a long time since I have seen his work and I guess too long. In the video I saw he looked like a new man. Slim from working out, happy from rediscovering his passions and more motivating than before. It was a nice way to start my day. 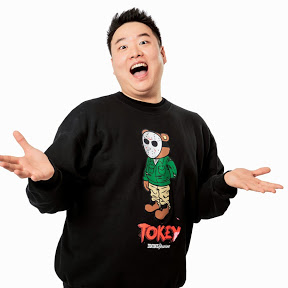 I was out of the house by 9:20. Today the lady and I were going to be in Jersey City so I made my usual trip beforehand. The first stop was at the bakery. I needed to pick up a big order – two dozen hoagie rolls and three dozen custard cups. We had a catering to deliver by noon. Unfortunately, I had no time to wait around for coffee. I left the house late and the lady I work with was already on her way. She beat me!

It was a pretty quiet day. I hope I did not upset her.

From first glance she seemed off, but so was I. I did not worry about it and continued with my duties. But the tension was thick. I wanted to ask why but I assumed it was something she did not want to talk about. If she wanted to, she would have. Besides that, I was a bit selfish and preferred the silence. I knew it was wrong so in my head I told myself over and over to get going and conversate.

Being so loving and caring she presented me with a gift bag. The bag was from Christmas but I knew it was not the point of it. It was probably all she had. In it was a stuffed Schnauzer. Salt and pepper like Precious, my recently deceased dog. I was very grateful, almost to tears. As much as I appreciated the gesture I told her my sister needed it more. I did not mean it in a rude way of not wanting it and I hope she understood.

[Later throughout the day I found out she had lost a friend. I do not think I handled it well and might have forgotten to give my apologies. I was thrown for a loop. Brought back to a few days ago when I watched as my pup took her last breath. But it was no longer about me and I froze up. I should have said more. Anything more but I did not know how to. For that I apologize.]

The day was busy. It kept us on our toes but we packed up early. Around 3pm we needed to leave. She had to refill her tank and did not have much time to do it. Since Jersey City is always congested around this time it was crucial that she left before traffic got worse. I was in no rush. I sat in my car for a bit to relax. It turned into a beautiful day and not so chilly. Where I was parked happened to be under a tree that provided a great amount of shade. While I sat there enjoying the breeze I had a late lunch and watched Uncle Lew, Unbox Therapy, on YouTube.

After getting stuck in traffic I ended up getting home around 4:30. The weather was so nice that I lost track of time and got caught in the middle of rush hour. During that time the window to my car came off track. It would not go up and went way too far down. I was left with 3 options:

I took the third option. It took me about 2 hours to completely get it going. With a lot of screwing and unscrewing, pushing here and there and the help of lubricant and some elbow grease it seems fine. For now at least.

By this time my body was not only covered in sweat but dirt and grease. I never thought the inside of a door panel could be so filthy. Showered up and feeling good around 8pm I jumped on the computer to write. I have a long week and wanted to get some stuff down just in case there was no time to spare. While doing so I watched three episodes of “Blindspot.“ This show is great!

I just realized I spent more time watching TV than reading my book. It won’t be finished by the end of the month. Also, the new shoes feel great.