As usual I had to move my car resulting in my eyes opening at 7 in morning. With no rush or need to do a thing I laid back in bed for about a half an hour playing my new favorite mobile game, Dragon Ball Legends. As I was trying to understand the game further I realized that so much more could be done than originally thought. I can power up my characters beyond their normal amount, way beyond it. Typical Dragon Ball logic. I like how the creators incorporated that aspect into the game.

I set an alarm for 10am and went back to sleep. I must have been really tired because I slept through it until 11:30. As comfortable as I was my plans were a bit ruined. I wanted to start by going to the park for a run but I skipped it to make up for time. I went right to house work. I washed clothes, straightened up a bit and put together some shoes that do not fit for either the trash or Good Will.

Afterwards I had a late breakfast which was basically a snack, a small pastry. Then started a new page of writing which was released yesterday. It is about an amazing commencement speech by Ben Nemtin that he gave at the University of Utah. It really spoke words to me, I cried. It was inspiring, motivating, and well put. Perfect for the new Motivation page.

Can I get enough? Probably not.

The plan was to stay in an enjoy some me time but I was torn. I am so used to being out, that being in gets boring. It is probably the reason why I am so tired all the time. My body cannot handle the activity but I push through anyway.

My girlfriend came over around 2:30pm ready to head out. I was nowhere near ready to do anything. I knew she would be by soon but it happened to soon. She has been taking advantage of my days off which I appreciate. When I work, I work, so seeing her can be difficult. Within minutes I got ready and we headed out.

Around 4pm we pulled in the parking lot of the closest mall to me. I wanted to go to Express to see the inventory. They had nice blazers online that I wanted to try on. After getting arms through a few, I found the perfect fit. I would have bought it too but the prices were out of my budget and there were no sales on them. Have to check back in a week or so. I also wanted to get new work shoes but the mall did not have what I needed. My girlfriend on the other hand, bought new stud earrings to pair up with her old ones. They took a while to find but she was happy.

Since all I had to eat was a pastry it was time for something a bit meatier. The mall we went to is a favorite of mine for one reason, Chick-fil-A. It is right there as you walk and never has a line during the time I go. The order got a bit crazy for one person. I ordered a spicy chicken deluxe sandwich, chicken nuggets with their sweet barbeque sauce, waffle fries and a cookies and cream milkshake. It was a feast meant for a king. My lady had Haagen-Dasz ice cream. We were two different pages. 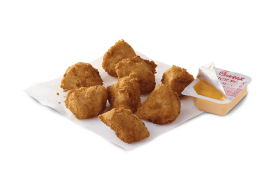 Back home to see the baby.

We left the mall at 5:30pm. With traffic I figured a half hour would be a good amount of time for the drive. Even though it was packed bumper to bumper it moved smoothly. Unfortunately, the holdup was due to a car accident. Someone had driven off of the road into a tree filled ditch. The damage was extensive. I hope they made out in one piece.

By 6:30 I was ready once again to head out. It is training night so to the office I went. The session was went great. I did get some backlash for missing a few days but it was well deserved. How can I grow a business if I’m not preparing properly? I took a lot from tonight and appreciate everyone in my corner.

Before heading home I made a stop at Dunkin’ Donuts. Normally I would get something before getting to the office but I did not have enough time to do so. Besides it ended being a chilly night. I had no jacket, my stomach was rumbling and I had a very disappointing cup of coffee the other day, so why not.

I walked through the door of my room by 10pm ripping off my shirt and pants. I wanted nothing more than to get comfortable. I love dressing in business attire but sometimes it can be to restricting. I sat at desk with my coffee and donut in hand enjoying the late-night evils. To finish off on a good note, I jumped on Call of Duty: World at War with my Texas buddy. Then we switched over to join my best friend as he streamed. It was a great night.

I started to take a multi-vitamin/multi-mineral for my fruit and vegetable deficiency. Seems to be good. Also, inside joke, Mr. Coffee Pot was amazing!