A day off before 4 days of extended hours and long nights.

I considered taking this day for myself but quickly overwrote that thought after seeing his cute face. Since I work so much it is like I never get to bond with my nephew. I may see him here and there. Give him a kiss goodbye. But it does not compare to the connection we had when work was slow. That is why even with a day off I would rather spend my energy making him happy. He can sometimes be as tiring as a job but at least this boss is adorable.

This little guy has been changing his sleeping habits little by little. Normally he would fall asleep after after but this morning he was very energetic. After a bunch of giggles and baby talk he finally knocked out at 9:30 on the dot. I was surprised at how punctual that was. Too bad it did not last long. He woke up an hour later which rarely happens. I was a bit sad considering how tired I was. But we were up now and it was almost time for lunch.

I had my first experience of feeding him something besides a bottle. We had a cool blue bowl of mashed bananas. He loves it so much. Every time the spoon went anywhere near his mouth he tried to grab it and feed himself. To wash it down he did have his bottle but it was not much fun for me. I cannot wait for him to get introduced to more foods. His reactions are priceless.

While he drank his bottle, I set up my PS4 in the living room. I wanted some entertainment and the TV was not doing it. Granted the DVR was good. Around 4:30pm I packed it all up and put it back in its spot. I could tell he was tired. He has been fighting his sleep all day and is now at the point where he has to be forced down. He was actually crying from exhaustion. Being an awesome uncle, I helped him out. 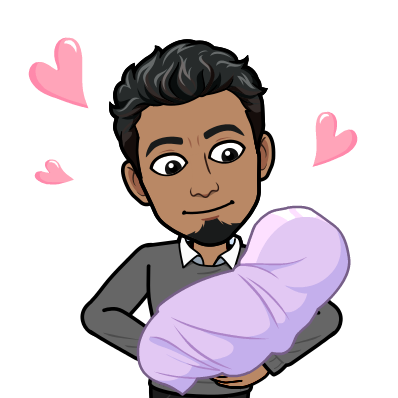 I ended up setting him on my chest to calm him down. Once he stopped crying I then laid him down, on my right side, in my arm. Snuggled up next to me with his blanket he fell right to sleep after playing with his hands. Shortly after, with his body heat I ended up falling asleep as well. We were very comfortable.

That was until the sound of thunder made me jump.

I thought for sure I woke the baby but when I looked down at him, he was snoring as if nothing happened. There was a rough storm going on outside. I could not believe how hard the rain was hitting the window and how loud the winds were blowing. When I fell asleep there was nothing but a light drizzle. When I woke up it was almost hurricane like. In a matter of 30 minutes the scenery went from a soft glow to darkness. Almost movie like.

A few moments after, my mother shows up to watch the baby. I had plans to go out since the rest of my week was going to busy. My sister was supposed to get home late but ended up coming home by 6pm. I guess her plans were canceled.

I left the house at 6:45 as the storm calmed down hoping it was over. Straight to the gas station to fuel up before making my way down to my girlfriend house. Last night I completely drove home on an empty tank. As soon as I parked is when I noticed my fuel light on. Since the highway was not near the station I decided to take the local route to her house. Big mistake. Because of the storm, phone lines were down, trees were knocked over, branched in the middle of roads, streets flooded. All I could think was How bad was this? I slept through majority of it.

The rest of the night calm. The storm had passed leaving a very nice breeze. We spent the night with the window wide open taking in the wonderful smell of rain and watching “The Good Doctor.” I don’t understand how people dislike this show. We enjoy it so much. I also had a great dinner too. A different version of carne guisada with white rice and a pasteles de guineo (basically mashed banana) stuffed with beef. For dessert a slice of homemade flan.

I need a stroller.