Today was a long day!

Talk about a hangover. I do not want to see and other alcoholic drink for at least a month. I had a double today which meant I started at 10am and if I was lucky, it would end at 11:30pm. My morning was rough. I was in the shower by 8:50am running cold water over my body. I needed a jolt to get myself going.

By 9:10 I was getting dressed. I was supposed to leave at 9:15 but could not commit. The only thing I hoped for was light or nonexistent traffic. The road Gods were definitely on my side. My route was clear. Also, the lady I work with stopped at Starbucks for coffee which bought me more time. 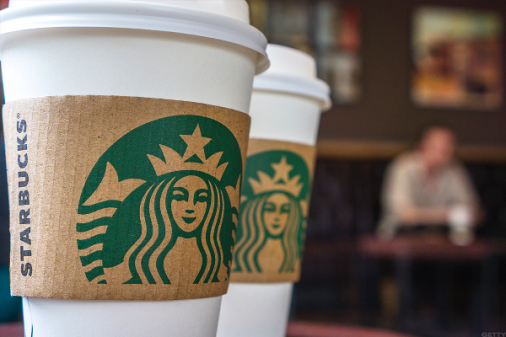 Since last night, my stomach has been upset. I thought throwing up would have helped but it only lasted for the night. I slept great but woke up horrible. Gross to say but as soon as I got to where we were vending lunch, I went straight to the bathroom. I got lucky with her coffee stop.

My stomach was settled but still on the edge. I was afraid to eat or drink anything because I did not want to jeopardize my comfort. The coffee was too strong for me at the time. It tasted great and definitely for my tongue but not for my stomach. After a few sips I had to put it down and switch to something a little more soothing, ginger ale. Unfortunately, we did not have the good kind, Canada Dry, but the other one help. Sipping slowly, I drank that one can for 3 hours before hitting the bottom.

That comfort did not last long either. In the middle of service, I had to excuse myself to the bathroom. The pain returned. Who knew that my stomach would react so viciously to 10 Thai chili wings, fries and a couple of beers. Could I have gotten food poisoning? I have eaten them many times and something like this has never happened.

To make things worse my allergies had taken over. Sneezing, running nose, itchy eyes. From the moment I left my house, down the parkway, to where parked my car the grass was being cut. It was as if today was “National Lawn Cutting Day.” I could not hide from it.

From the moment I woke up until 2:30pm, I felt like the world was leaving me behind. I was the only one able to tell how I felt. I put on the best poker face possible but this was the most horrible start of a day.

After lunch we headed straight to Pier 13 for dinner. Before actually leaving the lot, I searched my glove box for a bottle of emergency Zyrtec. I try to fight whatever is going on with me until it gets annoying and by now I have had enough of the sneezing and nose blowing.

Along the way I made a pit stop at a gas station that was joined with a 7-Eleven. I needed another ginger ale but wanted the good kind. I had to be quick though, I was pressed for time, so there was no looking around no matter how tempting the snacks were. I went to the fridge, grabbed a bottle of Canada Dry Ginger Ale and hit the road again. It was way better than the stuff from earlier. Helped a ton! 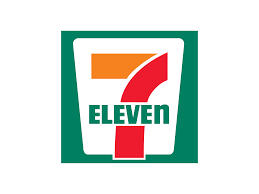 The rest of the day want much better.

When I got to the Pier I set up for the night. With my stomach basically empty I was finally ready, or comfortable, for food. A half an hour later a burger comes our way. The lady I work with ordered it for herself but then changed her mind and got something else. Lucky for me because I was starving. At first, I had half of the burger to pace myself to make sure it would not come out as fast as it went down. The burger was delicious. Picture this, two brioche buns with a perfectly cooked Angus beef patty in between. On top of that patty sat a piece of crispy Mac n’ Cheese, two thick slices of bacon, lettuce and tomatoes. Good Food = Good Mood you are amazing!

My appetite came back with a vengeance. 30 minutes after that half I ate the rest of it. I wanted to pace myself as much as possible but it was harder than expected. My stomach wanted everything! With it still on the prowl, I looked for more food. Next, I had a few deep-fried chicken dumplings. Something small and not so heavy. But around 8:30pm I had dinner, nothing light. I had a plate of Japanese curry with slow cooked barbecue pork belly. I slightly fell asleep standing up. That was my limit for the night. It felt great!

At 10 we started to pack up. By 11:30 we were done and I was on my way to get my car from the parking lot. Saw my buddy that works there and went straight home. Showered, typed this up as best as possible and was off to bed by 1:45am. Good night!

The entire day I drank coffee just to keep myself up. The Starbucks coffee was too strong but mixed with a frozen bottle of Dunkin’ Donuts coffee, hmm, that was perfect.