It felt really good to sleep in.

After going to bed so late last night I really needed to rest in order to make it through the day. I did wake up early at 7:30am to move my car but came right back inside to bed. I turned on the AC on before laying down and slept until 11.

Finally getting up I decided to get slightly productive. I started with a couple of chores. I washed clothes, folded a few, picked up here and there, then gave up. I wanted to relax before work so I laid back in bed to catch up with the DVR. Jeremy Wade has a new show out called “Mighty Rivers” that has my interest. I am a big fan of his previous show “River Monsters“ that ended a while back going 9 seasons strong. It was a sad day when I heard the show was ending but a happy beginning to know he was not finished completely. I really appreciate his passion and concern for his field which keeps me looking for more. 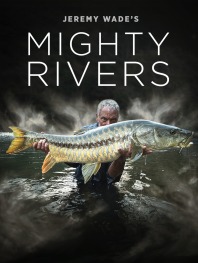 While watching the show I posted the book that will be read for the month of May. My work schedule is pretty crazy so I will have to read a page every now and then when the opportunity arises. The book I chose actually came about because of a podcast. One day I was listening to “The Dave Ramsey Show” and he had a guest on by the name of Max Lucado. Dave was promoting his book as probably one of his best works yet so the next day I went out and bought it with my girlfriend that way we could both read it. I am actually excited to flip through the pages.

Half of the day gone, time to make money!

I left for work at 2:20pm thinking I had plenty of time spare. Well, I should have left earlier. I hit massive traffic on the way to Hoboken not even considering parents trying to get to their child’s school. It slipped my mind that it was the middle of the day.

I made it into Hoboken and drove straight to Pier 13. Today was the first official opening of the pier and we were invited to vend for the occasion. Looking for street parking around there is a pain so I pulled into a parking garage that I use often. Last year I parked there so much that the manager, parking attendants and I became great acquaintances. The manager was even happy to see me as I pulled in. For about 20 minutes we had a great catch up conversation.

The lady I work with showed up late, at 3:45, upset at how long it took her to get to the pier. Her town was in the middle of some really wacky construction where they thought it was a good idea to close off major roads and highways. It took her about an hour and a half just for her to leave town. Every way to get onto the turnpike, one of our major highways, was shut off. I know this because for 45 minutes of it we were talking on the phone.

Since I had to wait and it was a beautiful 80 degree day, I walked into a liquor store to get bags of ice. With this weather cold drinks were a necessity. I definitely wanted to get beer and should have but held off. Around 8pm the pier became chaotic. More people showed up than I thought would. We were not ready for our first day back. At 10, with service being over and the pier shut down, I really regretted not getting a six pack. It would have been the best way for us to wind down after a consistent 6 hour shift.

After packing up and chatting for a bit we were on our way home. By the time I got home and showered it was already past 1am. Another late night!