I like what I do for work but today is a day to stay home.

I woke up at 7:20am to move my car. As soon as I came back in the AC was turned on and my body was back in bed. I slept until 11:30 not even realizing that it was nearly noon.

Today I felt worse than yesterday. I thought I would have gotten over this by now but more time to recover is needed. I even took medicine, as hard as I tried not to, because my congestion got worse.

Being noon I was hungry and with nothing in the house to eat I decided to venture out. Around 12:30 I began my journey by stopping at the gas station to fill up on fuel. Last night I did not want to stop and drove straight home with a little less than a quarter of a tank. Next stop was Target. My main focus was to get soup. I wanted something soothing to eat. While I was there I picked up a coupled of items that I needed for the house; air freshener, laundry detergent, hair conditioner, Halls. Walking definitely worked up an appetite.

The thought of soup sounded good but as I left Target it changed. I did not want to have to cook and wait to eat after walking around the store. Instead I went for a meal that I have wanted for the past week, sushi. While getting ready to leave the parking lot I called and placed an order from one of my favorite restaurants, Pandang, for pick-up. I ordered the same thing as always – 1x salmon tempura roll, 1x spicy crab roll and a Thai iced tea to wash it down.

With everything being about 15 minutes apart from each other – from home to Target to Pandang back home – the drive was very simple and quick. Sometimes I do wish they were in walking distance but knowing myself driving would still be the first option. I was home by 2:30pm ripping my clothes off so I could get comfortable in my pajamas. Set up in front of the living room TV I began to enjoy my meal as I watched a recording of “Iron Chef: Gauntlet.”

Time for some work/play.

Searching through the loads of bookmarks that Google holds for me I stumbled upon an article that was saved back in 2016. It was a great article that spoke volumes to me and by re-reading it, I gained a new perspective. The article is called “3 Important Business Skills They Don’t Teach You in School” by Ken Dunn. It was such a great article that I began to repost it before my best friend asked me to play Call of Duty: World War 2 with him for the Twitch stream. 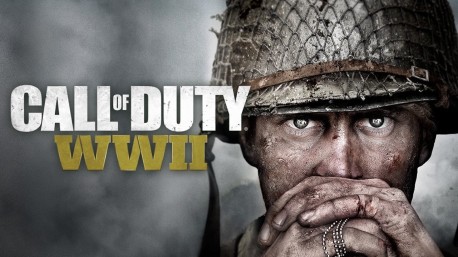 Around 5pm my mother comes home with my nephew so I could watch after him while she went out. For about an hour I was back and forth playing the game and keeping my nephew entertained. He was probably the highlight of the stream because of how energetic he is. My best friend was happy to hear him making it a plus.

An hour and a half later I finished playing so I could prepare my nephews bottle. It was time for him to be fed and he did not want to wait. While he was eating my sister showed up. That meant my job was done and I could get back to the article from earlier. I ended up finishing it and scheduling it for a better time. By now most people won’t see it which would defeat the purpose of trying to help others improve.

To finish the night.

After setting things up I made myself a cup of ginger honey tea. With the remaining water I set a cup of chicken noodle soup to cook. Something soothing to help with the healing process. As I ate I watched a DashieGames video for laughs.

For the rest of the night, I spent hours trying to get my new graphics card to run properly. It is the ‘overclock edition’ but the settings I had it at were unstable. I based my overclock settings off of the other cards I have from the same company but for some reason it would not work. No being able to figure it out I called it night. It was already 12am meaning time passed me by without even noticing. I will give it a set of fresh eyes in the morning.