After going to bed late, I surprise myself.

I actually woke up this morning after going to a party last night. Shorting myself sleep is usually like kryptonite but for reason today was different. I woke up at 8:15am, only getting 6 hours of sleep. For a lot of people is this normal but, in my case, it drags me down. I think my excitement to start the day overwrote the absence of rest.

I had 45 minutes to get ready between brushing my teeth, getting dressed, doing my hair and eating. For work I had to drive about an hour north so leaving on time was a must. Normally I would warm up my car for a few minutes before taking long drives, because in my head it runs better, but that did not work out so well today. For the past month the remotes for my car have been dying slowly. I believe one or two buttons work on each remote. Today I realized the remote start button finally gave up on both controls. The worst part is, I cannot find a replacement.

But the weather is nice again and better than yesterday.

I left my house at 9 for work. It seemed like a pretty easy trip but ended up turning into a small nightmare. I decided to go the toll-less route because it was only a 10 minute difference and I had left sooner than needed. I ended up getting lost on the turnpike because of the confusing exits. I used this highway maybe once a year so my experience is not great. I had to pay the toll twice just to get back on track.

I got the location at 10:15 when the original projected time was 9:55. I am glad that today we were a three man team so me being late was not bad. The lady I work with brought her teenage son to help us. We were part of a fund raiser that was projected to have over 300 people attend. They even pre-booked the event using a ticket system and sold more upon entry. There were six food trucks, a few vendors and small outdoor games for everyone to enjoy. As exciting as it sounds were arrived way too early. The event was not planned to start until 1 which meant we were 3 hours early. The coordinators thought it would be a great idea to have us but it was more time than we needed.

While we waited I was able to catch up with her son. Thanks to Spotify he introduced me to an album from an artist I like, “KOD” by J. Cole. He even gave me a present he bought during his trip to Japan. A key chain or cell phone tag of a character from my favorite anime, “Sword Art Online.” Thank you!

The 3 hour wait went by fast.

As soon as 1pm hit the foot traffic increased drastically. We were very steady and provided the best service possible. The people at the event were enthusiastically engaged in the activities and food which made it fun. We even had a couple of return for more. It was a great service!

The three of us packed up at 5pm swiftly.

The fund raiser was held at an all-female high school. As quick as everyone stepped onto the lot is as fast as they left. We were able to leave by 5:30 without a hitch. To make things even easier, going home was a breeze. It is Sunday and there is no traffic.

On the way home, I get a text message from my mother asking me to get her something to eat on the way home. After an indecisive phone conversation, she decided on a hamburger from Five Guys. I am not a burger fan but I love milkshakes. One banana flavored to go!

Home by 7:15 with a massive headache that lingered since lunch. I showered up running the water on my head hopping to alleviate some pain. It did not work but I could not worry about it. I was spending the night with my girlfriend so I pushed on out the door by 8:30pm.

I made a few stopped along the way.

My best friend was also gifted a keychain so I made his house my first stop. It was supposed to be a simple drop off but lasted 15 minutes. He recently acquired a PS4 Pro, God of War edition, and I had to see it. He would not let me go until I played Call of Duty in 60 fps (frames per second). Holy crap was it clear and smooth. Truly amazing technology. Before leaving I packed up his old PC to take home. It died a few months back so I’m going to try and fix it.

Next stop was my grandparents’ house. I had to collect the mail so it would not pill up in the mailbox. Finally making it to my girlfriend house where I was able to listen in on the conference line and have dinner.

On my way back home around 12.

Last week when my girlfriend was supposed to get my nephew, which did not work out, so my sister had given up her house keys. I went to get said house keys today but did not plan on returning them until tomorrow. Unfortunately, my sister was locked out with my nephew so I race home to let them in. Cannot have my nephew out there so late. 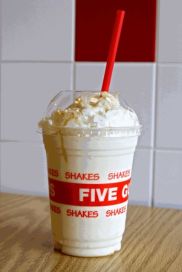