My body was heavy and tired this morning.

I could not get up at my normal time no matter how much I wanted to. I overslept waking up at 8:10 thanks to a third alarm I set last night by accident. I had only an hour to spare before I had to leave for work. As I brushed my teeth the water ran cold. I filled my hands up and splashed myself. Refreshing wake up. I ate and got dressed at the same time trying to save a few minutes. It went by quicker than expected. Before leaving I purchased the Premium plan from WordPress. Today was the last day to get it with the 30% off so pulled the trigger and went for it. I will look into it later.

We were able to get a new location for business around our other spots in Short Hills. Today we were in Madison, the part of town we were at was beautiful. It made me want to look into some real estate. Along the way I stopped at a Starbucks but got lost in the process. Picture this:

The Starbucks was a standalone building having nothing to do with the center next to it. Not even in the same parking lot. Because of this GPS fiasco I was 10 minutes late. Thankfully she had trouble getting parking so by the time I arrived she was just getting out of her truck.

We started service around 11:40am only lasting a couple of hours. After setting up we were warned by a very nice employee that half of the building was absent. Apparently, the building is occupied by a few different companies. The company with the most occupancy gives their employees the option to work from home on Fridays and, I want to say, 98% of them took the opportunity. In 3 hours we probably saw 15 people.

Not my day to be driving!

By 2:45pm I was sitting in my car setting the GPS for home. It was smooth sailing until I got risky. I thought it was possible to outrun a tractor trailer before my exit came up and completely missed it. I got stuck in the wrong lane making my drive an extra 15 minutes longer. I had to go two towns over before I could make a U-turn. Very upsetting but I deserved it for rushing.

Since I was already out, got stuck in traffic and took more time then needed, I decided to stop for gas. Then I went on a joy ride to complete some challenges in Pokémon Go!. Yes, I am probably one of the 10 people that still play it.

Now that I am home…

I got home a little after 4. I had enough driving for one day. I showered up and shaved my face. My beard started to get long and make me uncomfortable. I sat in front of the computer for an hour or two to type up a few ideas. While I was finishing up my mother asked if I wanted to join her in a Chipotle run. Originally it was supposed to be Panera Bread but it changed very quickly. On the way back, we got stuck in traffic due to what seemed to be an accident. When we got closer it looked like someone had fallen off of a motorcycle. There were no other cars around so I could not tell what had happened.

While eating a bowl of white rice, black beans, chicken, beef and mozzarella I watched a new anime. It is a spin-off series to one of my favorites “Sword Art Online.” The new one is called “Sword Art Online Alternative: Gun Gale Online!” After watching the first two episodes I jumped on Far Cry 5 for a bit. 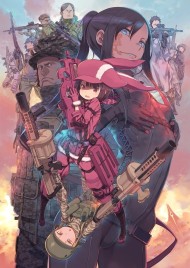 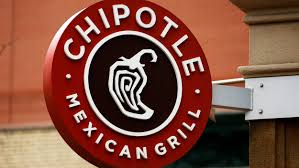