My nephew and I have a long day ahead of us. The good thing is he can sleep through most of it. If I have time I will take a cat nap. After last night waking up 7:15 this morning was rough. I could not even put him in his crib. He slept with me in the bed. We have not done that since he started sleeping on his own and to be honest I missed it.

Around 8:10 my alarm went off and I could not waste any more time. After tapping my face awake, to gain some focus, I gently picked up my nephew to put him in the playpen. While he finished sleeping I got myself ready to go, packed his back and moved my car to the edge of the driveway so I could get him in. To be honest I hate waking him up. I do not like being woken up so I try to rest others when they sleep as well. Unfortunately, we had go and he needed to put a coat on.

Time to get started.

We left the house a little after 9. Our first stop was the bank. I had to deposit money that I had laying around into my account. I also learned that going to the teller to do it is not necessary. I could use the ATM to deposit money faster. Now I know it is possible for other banks but I did not know that my Credit Union was up to speed with times. I thought they were still old fashion in the sense that everything is done through the teller. Well I was wrong and informed.

Our next stop was the chiropractor. Once a month I set an appointment, today for 10am, to get adjusted and to monitor my disks. The muscles around them get tight from work so they have to loosened before it becomes painful. It also helps a lot with the sciatica. We were 5 minutes late for the appointment, the bank took longer than expected. Unfortunately, fortunately for me, the doctor’s mornings are not too busy so he had a lot of time to spare on me.

My session was great. Every time it is done for some reason I always feel lighter. It is a weird but good feeling. On the way out I was even able to see my friend that works there. She is the person that introduced me to the facility. We have not talked in a while so it felt great to see her.

Starving as if we had not eaten in days I had to get food ready. For him a nice tall bottle of formula and six very delicious spring rolls for myself. After eating my nephew and I played until he started to rub eyes. This means he is ready for a nap. But he needed some help.

For about 20 minutes I rocked him in my arms as he cried. His new teeth are hurting him as they come in. He might be getting several of them at once because of how swollen his gums are. He slept for 4 hours after forcing him down. Man was he tired. Out of those 4 hours I napped for 2 hours. Really, I could have gone all four as well but I had to wash clothes and fold the ones that were done.

My day is not finished yet.

Mom came home for baby around 5:15pm. I had a haircut appointment at 5:45 leaving me with barely enough time to drive. I threw on whatever clothes were out and hopped in my car. When I got to the salon where I get my hair cut, where my girlfriend works, there was no parking. I had to drive around in a circle at least 4 times before I was able to get a spot. I was late 5 minute just like this morning with the chiropractor. The girls at the salon are great at what they do. I left that place looking like a brand new man with a great new look. Thank YOU!

Before leaving my girlfriend asked me to pick up something for her eat. She had been working all day and had not had the chance to get food. I went over to Sprout, a salad bar, for a Sedona per request. As I officially left I picked up two slices of cheese pizza for my mother. And on the way home had Chinese food ordered.

By 7:45 I walked in the door and prepared myself for a shower. My stylist did a great job clearing off the excess hair but I want to make sure I would not itch in the middle of the night. After work my girlfriend came over to thoroughly exam my new cut. She loved it.

As she played with my nephew I ate the Chinese food; chicken and broccoli with white rice and a side of boneless rib tips. She might be getting my nephew tomorrow so after I eat I set up the car seat base in her back seat. Then we go through a mock trail so she can learn how to clip it in. Very simple.

Back in the house and straight to bed. I just wanted to lay down and catch up. Which we did for about a half an hour until she fell asleep. While she rested I played M.O.E. 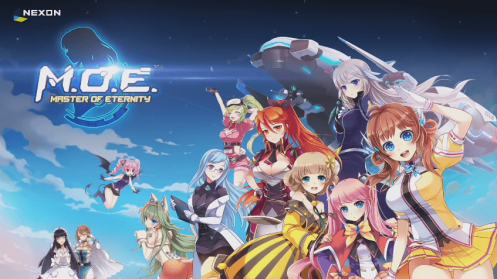