Normally I would not be too happy to be awake this early but it is a pretty nice morning. Temperature feels good since it is not too cold and the sun is beaming bright. The sky woke up beautiful today. If I was not half asleep at the time I would have taken a picture.

My bed was calling me back to it. Wanting me to crawl in its covers so it could caress me back to sleep but I had to deny it. I needed to wait for PSE&G to come and read the meters. Instead I tuned into the conference call for early morning motivation. While I waited I caught up on the world reading a few articles on the web. Losing interest I switched over to YouTube watching whatever looked good.

The meter reader never showed up.

I fell asleep around 9:30. Being awake was actually starting to annoy me. I opened my eyes a little after noon to heat up a pot of water for a cup of tea. I try to drink at least one cup a day even though I might need more. I did not want to eat something heavy so I served myself a small bowl of Raisin Bran cereal.

I browsed though Twitch to see what games were being streamed. I discovered a new game called OSU! It is like Guitar Hero with a computer keyboard. After watching different people I stumbled upon a streamer named Ninja. Watching him play Fortnite I wanted to mimic some of his strategies. I jumped on the game and realized a few things:

I gave in after an hour. Playing with my team is way more fun than just going around blind. I switched applications to Netflix to watch “The Chronicles of Frankenstein” as I folded all of the clothes I washed throughout the week.

Time to head out!

I have been home all day watching the sun peer through my window. It is time to get ready to go and enjoy the day. I was out the house by 6pm making my first stop at grandmas house to pick up the mail. Final stop at my girlfriends house for dinner.

I was finally able to watch a movie that came out in 2013 called “Escape Plan”. A movie about an ex-lawyer who tests the security of high level prisons by intentionally becoming a prisoner in order to break out. This movie had a lot of great actors that I did not except to see. The main characters are Sylvester Stallone and Arnold Schwarzenegger but then they introduce the rapper 50 Cent, actress Amy Ryan, “Persons of Interest” (a show I love) Jim Caviezel, “Jurassic Park” Sam Neill, “Law and Order” Vincent D’Onofrio and many other great actors. All of these individuals made this movie one of a kind.

I ended my night with watching “The Curse of Oak Island.” I am not too sure how real or accurate the show is but they provide interesting information that keeps me going back for a new episode. 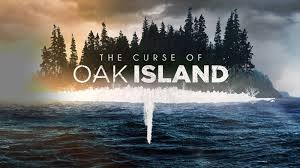 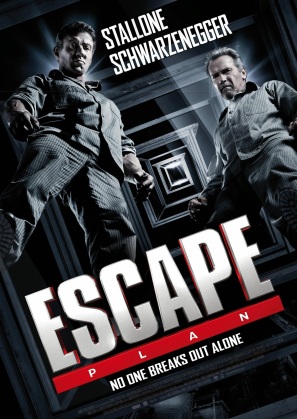