8 in the morning with eye crust still fresh. As I wait for my nephew to arrive I begin todays post.

Finally here, he lays in his play pin holding a four-ounce bottle of room temperature formula. An hour later he falls right to sleep as I draw the curtains shut. Not long after, around 10am, I fall asleep next to him.

Around noon we wake up ready to eat and play. He had his usually while made my second attempt with Dorito fried chicken. This time the sound of nuggets interested me. I diced up some chicken and learned from my first attempt. I used less flour and added more spices before the egg wash and Dorito crust. They came out excellence. Juicy, crunchy and flavor packed.

After lunch I posted something new. It is about an article I had read a few years back that helped with my mindset. I called it “Millionaire Model!.” The article expanded my way of thinking beyond the average life that I live.

As the TV ran its shows we played. It did not last too long once he started to yawn, eventually taking a nap. While he slept I washed clothes. His nap ended shorter than expected, lasting only an hour and a half. Typically, he sleeps for three or more hours but I think his curiosity for the new keeps him awake.

My sister was supposed to get him at 5 today. I had an appointment I needed to prepare for at 6:30pm. She arrived at 5:30 and I immediately head to the bathroom for a shower. As soon as I got in I got out, no time to spare. Threw on the clothes I prepared ahead of time, did my hair, packed my back and out the door. I ran about 10 minutes late but my client was not home so I got lucky.

My mentor and I sat in the car for about 5 minutes waiting. The lady I was meeting pulls into her driveway and sits there. I knew she had just left work and probably needed some time before entering her home as a daughter and mother. We waited for about 20 minutes before I interrupted her with a text message saying, “We are outside.”

The appointment was short. Too short for successful business. As soon as we sat down the lady across the table apologized for us being there. She was exhausted and you could tell mentally drained. Today’s appointment was not meant to be, so we left with a relationship that we will surly build upon in the future.

Back home around 7:30pm looking for dinner but too lazy to cook. Pizza was ordered. For the rest of the night I bonded with my TV as I finished watching the Netflix series “Dark.” Before I completely shut my eyes, I reflected on how the night went for reference points on future meetings. 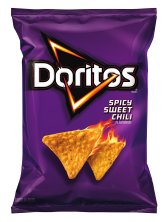